Jérémie Beyou (Maître CoQ) has won the first edition of the New York - Vendée (Les Sables d'Olonne) race. This is his first major solo victory on an IMOCA60. The sailor from Western Brittany finished ahead of Sébastien Josse (Edmond de Rothschild) and Alex Thomson (Hugo Boss), and now looks like being a serious contender for the Vendée Globe, which starts from Les Sables d'Olonne on 6th November. 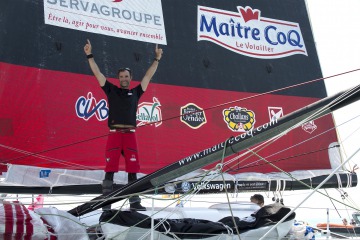 © Olivier Blanchet / DPPI / Maître Coq Very emotional, the skipper of Maitre CoQ gave us his first impressions.  “This win is fantastic news, as this was a solo transatlantic race on IMOCA60s. I had already won the double-handed Transat Jacques Vabre, but this time I was all alone. On top of that, the finish is in France, here in Les Sables d'Olonne. This was what the whole fleet was aiming for in this race. We had to show what we could do to build up our confidence before the start of the Vendée Globe. This is simply fantastic.”

Jérémie Beyou has achieved his first major success on an Imoca 60, as he approaches his fortieth birthday. After sailing 3460 miles at an average speed of 14.85 knots, he has shown that it was a wise choice to fit foils to his Maître CoQ.
As he enters the final stretch in the preparation for the eighth Vendée Globe, he can now feel confident about the ability of his boat to keep up with the latest generation monohulls and in his own aptitude at sailing her.

The first footage of Jérémie Beyou finishing his race 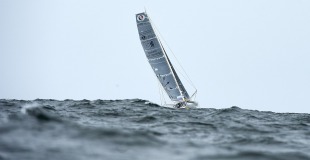 A windless zone 200 miles from the finish 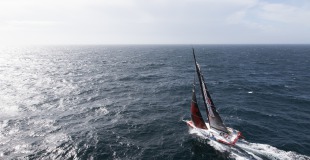