The Vendée Globe skippers are well informed about the dangers and procedures. Alone at sea, often hundreds of miles from the nearest potential rescuer, the skippers must know how to react in critical situations. Each sailor has to take part in medical training courses, but also a World Sailing survival course, during which they find themselves in the water in their survival suits. Competitors must have first aid diplomas and offshore medical certificates. In addition to these courses, additional classes and training sessions are organised by the organisers of the Vendée Globe.

Back on 9th September a briefing was held including practical advice from not only rescue services but fellow skippers who have experienced dangerous incidents, like Paul Meilhat (injured in the Transat Saint Barth/Port-la-Forêt in 2015) and Bernard Stamm (who had to abandon his boat at sea in later 2013 in a storm). These and other sailors learnt how the Australian, New Zealand and South African rescue teams operate, using different methods from in France.

To set sail from Les Sables d’Olonne, the boats have to respect class rules to guarantee that the competition is fair and safe.  Righting tests are carried out to be certain that the boats can be righted by using the canting keel. “IMOCA rules change from edition to edition to improve safety,” explained Guillaume Evrard, one of the Race Directors. “Since Jean Le Cam capsized off Cape Horn in the 2008 race, each skipper must make it clear where to pierce the hull to rescue the skipper if he is trapped inside. In the last Vendée Globe in 2012-2013, several competitors had keel and mast problems. Since then, these parts have become one-design.” 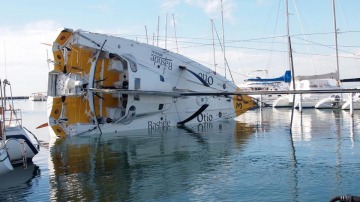 Safety checks are also carried out by the French Sailing Federation on the Vendée Globe pontoon in Les Sables d’Olonne. Measurers and assistants ensure that the right safety gear is aboard each boat and that the monohull is suitable for the race.

This year in the Vendée Globe, there will be an exclusion zone around Antarctica instead of the Ice Gates. Race Directors are working in close collaboration with CLS, a subsidiary of the French Space Research Centre – CNES. This company supplies them with data concerning the ice drifting up from the south using various sources, including satellites, radar and altimetry. 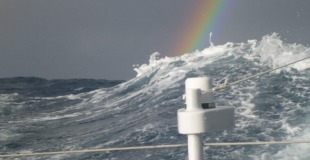 Safety first: the role of the measurers 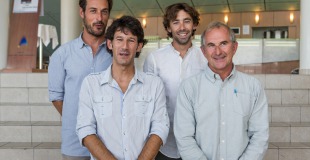