In many races, this part of the race course has caused difficulties for solo sailors. Cape Finisterre marks the boundary between two weather systems. On the one hand, there is the Azores tropical high, which extends down there in the summer, while in winter, it is under the influence of the Eurasian continental high, but this leaves the door open to Atlantic lows coming down from Newfoundland. It is during the change of season in the spring and autumn that the change can be most noticeable with violent gales along these rocky cliffs, battered by Atlantic winds.

Changes in sea depth here and powerful currents and tides generate dangerous seas. It is not uncommon between Estaca de Bares and Cape Finisterre (around a hundred miles away) to see chaotic seas for a 40-mile wide strip with winds force 2 or 3 or higher on the Beaufort, while out in the Atlantic or in the Bay of Biscay it may be calm

The Spanish peninsula forms a wall between the Atlantic Ocean and the Mediterranean with the Pyrenees to the north and then the mountainous regions in Cantabria, Asturia and Galicia. These ranges mark the boundary between the maritime and continental climiates, but also between the sub-tropical highs (North Africa) and the lows associated with temperate climes (W.Europe). This means that on the coast of Cantabria it is a temperate climate with a lot of rain despite a relatively high air pressure (between 1016 and 1 020 hPa on average), particularly in winter when the high is settled over Eurasia. Weather conditions can vary considerably with Spain under the influence of four air masses:
*continental polar air from Eastern Europe, dry and stable, characterised in the winter months with cold weather and N-E’ly winds
*continental tropical air from North Africa, dry and stable, characterised in the summer months and warm temperatures with E-S’ly winds
*Maritime tropical air from the Atlantic, wet, warm and unstable, characterised by cloudy conditions, mild weather and S-SW’ly winds
*Maritime polar air from the North Atlantic, cold, unstable, lots of cumulus, with heavy squalls and violent W-NW’ly winds.

In winter and for the first few days of the eighth Vendée Globe, northerly winds prevail following the relief of the relatively high coast, going from 200 to more than 500m between Cape Ortegal and Cape Finisterre. The wind blows from the NE between La Coruna and the tip of Spain along a 40 mile coastal strip. There is good visibility and fine weather, although locally mists appear in the bays (La Coruna for example). Thermal breezes appear in the summer from the sea (day), more than the offshore breeze at night, which reinforced the prevailing wind as it blows from the N to NW. in hot summers, thunderstorms can be violent as there is a confrontation between the sea breeze and the easterlies. This squally weather in August and September only affects a narrow strio of the coast and develops in the evenings in general.

In winter, Atlantic lows hit the coast with SW-NW winds. In general, there is a southerly for a day with lots of rain and low cloud. This veers to the SW with several windy days following. It gradually shifts to the W and NW with a cold front bringing violent squalls and cool temperatures. If the wind only eases off for a few hours without veering to the north or NE, it backs to the SW and strengthens. Another low and cold front are on their way. This pattern can continue for several weeks, which can block any sailor taking refuge in La Coruna. That happened in the Mini-Transat, when solo sailors had to wait for eight days or more. When the Eurasian high is in place, winds are light and tend to come from the SW with frequent mists along the coast.

Inside or outside the TSS?

Around 350 miles from the tip of Brittany and from Les Sables d’Olonne, Cape Finisterre means they have to sail along the Spanish coast for around 100 miles, if they choose the shortest route. The continental shelf is only a narrow strip of around twenty miles here. 40 miles off Cape Finisterre, the depth is 3000 m. However between this Cape and Estaca de Bares, the incline is not as steep and with banks, there can be chaotic seas even in calm weather.

It is therefore preferable to remain further offshore to get around Galicia, whatever the weather forecast. They also have to avoid the TSS lanes, which is an exclusion zone for the Vendée Globe competitors. Any infringement and they will get a penalty. Cape Finisterre is on the route from Africa and the Mediterranean to the English Channel and back. The lane to go up is only 10 miles off the Cape with the downward lane 20 miles offshore. There is a lot of shipping in this area alongside many fishing boats from La Coruna or south of Cape Finisterre. It can be a good idea to get very close to this point in moderate NE’ly winds, as the seas are calm and it’s much quieter once past Cape Finisterre, but a constant watch is required: Kito de Pavant got struck by a fishing boat here in 2012. 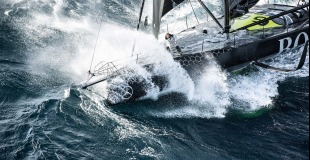 Thomson takes the lead, three races within the race 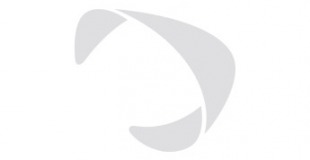