Speaking briefly to Race Direction this morning Vincent Riou (PRB) confirmed the conditions are ideal for 24 hour record pace.  Lying second this morning Le Cléac’h said, “It’s a great opportunity to put some miles behind us with a 20-25 knot NNE’ly wind and decent seas. We’re fast with peak speeds of 27 knots. We should clock up more than 500 miles in a day. We have ideal conditions to get across the Atlantic and can look forward to three big days.”

On seas, which are still relatively calm, the monohulls have ideal conditions to threaten the 24-hour record set by François Gabart in 2012 (534.48 miles). They need to achieve an average speed of 23 knots to sail 550 miles in one day and the skipper of Hugo Boss has been at those speeds since early last night and looks set to maintain that pace for the next couple of days… 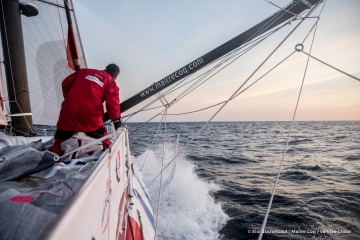 This foiling folly should indeed last two or three days as they ride on the back of the low sliding down very rapidly towards the Roaring Forties. They are expected to pass the Cape of Good Hope on Friday 25th November in the middle of the afternoon, so in other words after a total of around twenty days sailing in the Atlantic… Unfortunately, not all of the frontrunners look like making it to the train on time. Jérémie Beyou (Maître CoQ) may find it hard to cling on, as this morning he only had around fifteen knots of wind, while those ahead of him had a 20-25 knot northerly already.

It is therefore practically certain that Yann Éliès (Quéguiner-Leucémie Espoir) will be left waiting almost 600 miles back at the station for the next train off Cape Frio. Behind this thundery area of low pressure, light airs are developing for the next few days and the chasing boats will not be able to do anything about it. They will see the leaders making their getaway in front, but behind them, the pack will already be in the trade winds off the coast of Brazil…

Meantime, after his team reported last night that Bertrand de Broc had grown increasingly concerned about a noise from underneath the hull of his MACSF which the skipper has said may be the result of a collision with an object in the water when he was sailing off the coast of Portugal, De Broc is closing to the island of Fernando de Noronha. He was 17 miles off at 0600hrs TU making around 7kts and moderating his speed in order to arrive in daylight hours. The skipper of MACSF plans to shelter leeward of the islands without having to anchor, if the seas and winds allow. He plans to dive under his boat to further investigate the cause of the noise and vibration that appear when the boat exceeds 14 knots. 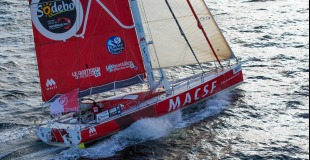 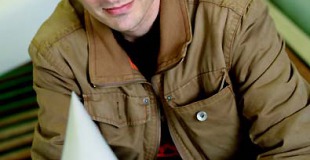 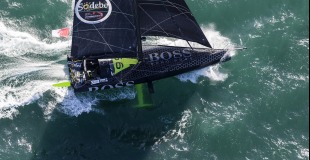 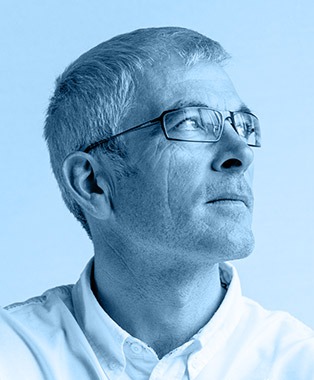 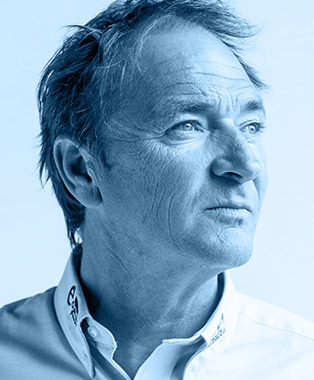