> News > The Vendée Globe, witness of the global warming consequences on marine biodiversity

COP22 is in line with the progress that has been made in 2015 to target them into action and to concretize the different axes selected in the Paris Agreement. The stakes for the coming years are crucial: Threatening the balance of our planet's ecosystem and global warming. Compared to previous COPs, the signal is clear and requires the involvement of all economic sectors, including space. Indeed, the scarcity of resources, the degradation of the marine ecosystems, the disappearance of a part of the biodiversity, the management of the water requires drastic changes and the satellites will impose themselves both as witnesses and answers to the change Climate change.

Space is already an answer. Thanks to the satellite programs launched by the major space agencies, including CNES, it has been possible for more than thirty years to observe climatic phenomena. CLS addresses the challenges of climate change with innovative applications to improve operational observation and deliver concrete responses.

Today, marine resources are too often overexploited. These stocks will be able to cope with global warming provided they return to sustainable levels of exploitation. For nearly 30 years, CLS and CNES have been working towards a sustainable management of marine resources based on observation from space: tracking fishing vessels by locating beacons, collecting satellite fishing reports, detecting fishing Illegal by radar satellites. More recently, CLS has added to its skills the modeling of marine ecosystems. A skill that allows many satellite data to predict the evolution of marine populations and to manage them sustainably.

The oceans will undergo a profound change in their biodiversity if global warming is not controlled quickly. To better protect, one must understand this biodiversity! And the study of offshore marine species is only possible from space. In 1978, CNES, NASA and NOAA created the ARGOS satellite system for localization and environmental data collection. The data of this system are acquired, processed and transmitted to the international scientific community by CLS. Each month, the company follows more than 8,000 animals equipped with ARGOS beacons. More than 100,000 have been tracked since the 1980s. 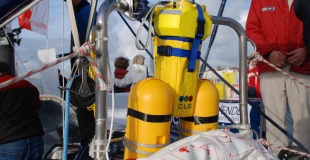 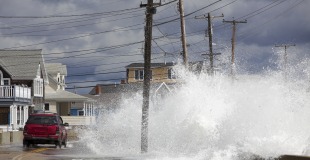