The first picture is from MASSY 91; it’s a slightly altered screenshot that is quite alike to what happened to Roland Jourdain in 2001, when he rounded Cape Horn side by side with a cruise ship. 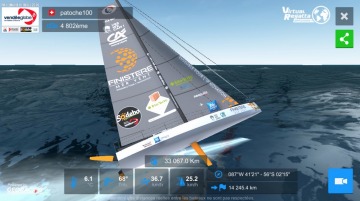 Thanks also to Saint-Matthieu, Patoche 100 and Ronker29 for their pictures in the storm. Much calmer and peaceful, the moonshine pictures are numerous. Carla Wilson is sharing a view of her boat, with the fleet around her, under a caring moon and El Scilachi sent us one picture of a dead calms zone. Finally the red sunrise on Il Moro di Venezia ends these series of pictures, which are all memories of an incredible 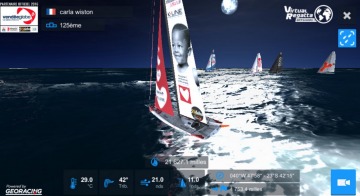 With 158,759 arrivals until today, the Sable d’Olonne harbour is more than full and the virtual game management hasn't got time to sit and twiddle thumbs. With 7 boats on the finish line per minute, that means 441 per hour or 10,584 per day since the winner arrived, the pace is still sustained and as one can see on the fleet picture at 1:05 p.m., its will still have quite a lot of movements in the days and weeks to come. The southern Atlantic Ocean is quietly getting empty and the albatrosses are recovering their tranquillity. 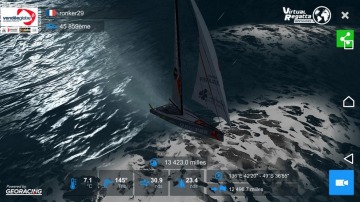 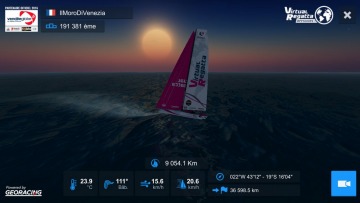 The southern lows that have beaten the South of New Zealand have eased the long surfs and all these distances have been realised in this zone. 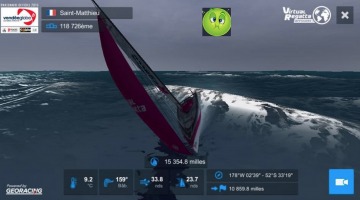 Here’s another incredible figure: if we multiply the IMOCAs’ LOA (18.23 m) by the number of players (453,000), we would obtain a distance of 8280 km. That means that a skipper could do a dry transatlantic walk. 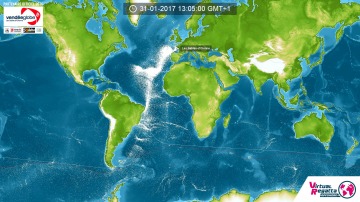