“I’m thankful that I had so many difficulties. Several times a problem with the pilot. Then, there was the fire. That normally would be a highlight in terms of problems, but as it is, that was almost nothing. So it was a progression of things, which allowed me not to be crushed when the mast came down, so now I’m stronger.”
“I feel like I have moved mountains to achieve what I did. I did the very best with what I had. You don’t win the race at sea. You lose it at sea. You win the race during the preparation, but my time to prepare was very short.”

“The wind gods are a fickle bunch. I got smacked several times. When I couldn’t escape from the big storm, I had sixty knots.”

“Mentally, it’s easier to sail with a jury rig, because when you have all the sails up, you are crazy. You go for it in the race. But with a small sail, you can relax. I spent time adjusting it, but there isn’t much you can do.”

“It’s harder sailing solo, especially mentally. There’s no one there to support you. I kept telling myself, there’s always a solution and I will find it. There’s a dialogue going on in your head all the time. I ended up talking to myself, so I’m not sure if it’s healthy. You have to find confidence. While remaining humble. You need to find the force within, rather than from outside.” 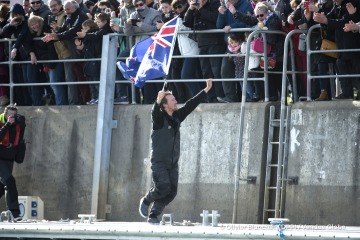 “Natural energy? It’s an extension of everything I have said. We can do it if we want to. I think it is impossible to sail three times around the world and see the natural environment without being affected. I think we need to change the way we live our lives. It has to come from politics, from industry and I’m a little afraid that there isn’t the political will, so I think what may drive this change is motivated individuals. That is why I wanted to grasp this opportunity. We can still do what we want and use the technology we want. I was handicapped by not being able to use all my solar panels. We have to diversify production and it’s the same thing on a boat.”

“Writing? It’s central for several reasons. I came into this sport as a fan. I was trying to figure what to do with my life. I really appreciated the stories, seeing Vincent Riou win in 2004. That was truly inspirational and led me to believe I could do the same. The lifestyle I lead is very interesting, technologically, the people I meet, the life I lead, and I feel that it’s almost an obligation to share that with those that don’t have the same chance as I do. I enjoy writing and enjoy the idea that I’m sharing that with others.”

“I’d like to give this race the respect it deserves. It’s not something you can throw together over a few months. That means more time preparing.”

(Involvement with charity for families who have suffered stillborn births)
“I know what it is like in families where something is missing. I lost my father when I was just a baby. My brother committed suicide two years ago. I thought a lot about that. And this was another motivation in my race.” 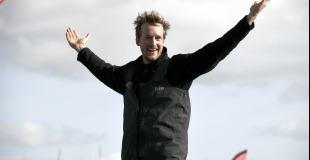 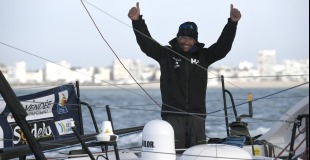 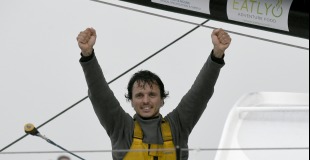