At 1700hrs UTC, Destremau was just 23 miles from the finish off Les Sables d’Olonne, but making less than five knots headway. It is in light airs that the skipper of TechnoFirst-faceOcean will sail his final miles. He is having to tack in an ESE’ly wind that is down below 10 knots and which is set to weaken still further this evening. His ETA is now around 2100hrs UTC, but it may well be later, if the wind does not cooperate. You can follow his progress on the Vendée Globe tracker, which is updated every six minutes. Once he has crossed the finish line, he will spend one final night at sea aboard his boat and will finally enter the harbour at 1200hrs UTC tomorrow to moor up in Port-Olona. 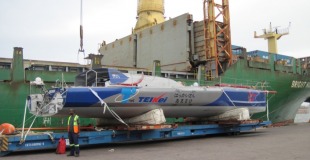 Spirit of Yukoh soon back in Japan 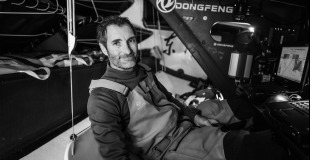 Beyou, around the world with a crew