After a fierce battle with Charlie Dalin (APIVIA), Thomas Ruyant won the 12th edition of the Route du Rhum - Destination Guadeloupe this morning, the second qualifying race for the Vendée Globe 2024, after 11 days, 17 hours, 36 minutes and 25 seconds of racing. Charlie Dalin, leader throughout the first part of the race, crossed the finish line in Pointe-à-Pitre 2 hours 1 minute and 46 seconds after him. Jérémie Beyou (Charal) completed the podium.

Thomas Ruyant said : "The more I do in this sport, the more I want to do. I never said I couldn’t catch Charlie. I just kept on it. Yesterday, we could see each other. It was hard after getting ahead of him. I had some messages which encouraged me, so I pushed that bit harder." 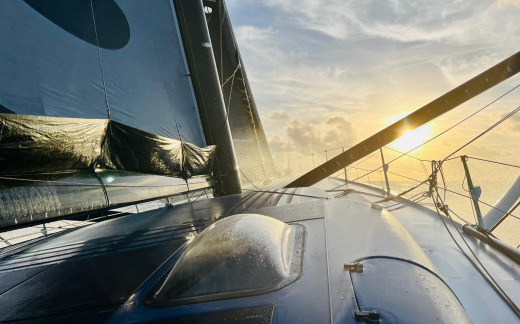 Since Wednesday 14:15, the IMOCAs taking part in the Route du Rhum - Destination Guadeloupe - the second qualifying race for the Vendée Globe 2024 - have been engaged in an intense battle. These first few days of racing have not been easy: four boats have retired and one has been lost. In the lead, the favourite Charlie Dalin (APIVIA) has not made any mistakes since the beginning!

As he was heading towards Cascais in Portugal to try to repair a leak in the living area caused by the rupture of the starboard ballast as well as his mainsail, which was damaged during an untimely gybe while he was trying to evacuate the water on board, an explosion occurred on the IMOCA Nexans - Art & Fenêtres, resulting in a fire.

Fabrice Amedeo was forced to abandon his boat, which sank off the Portuguese coast. The skipper was picked up in the early afternoon by a cargo ship, diverted to carry out the rescue operation. He is not injured. He will be dropped off at the port of Ponta Delgada, the capital of the largest island in the Azores archipelago, São Miguel. 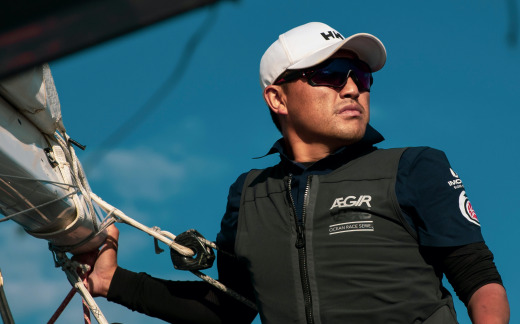 Among the 38 IMOCA sailors who will take the start of the Route du Rhum - Destination Guadeloupe, the second qualifying race for the Vendée Globe 2024, 15 will be competing in this transatlantic race for the first time. Four IMOCA sailors are even getting ready to start their very first solo race in the IMOCA class. On the pontoons of Saint-Malo, the Vendée Globe went to meet these sailors to find out a little more about their projects, which are quite remarkable... 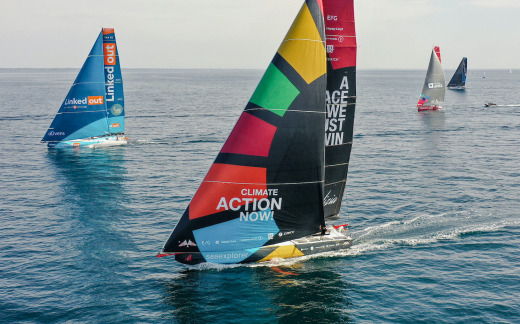 38 IMOCAs will be at the start of the Route du Rhum - Destination Guadeloupe on Sunday 6th November. The prestigious and undecided transatlantic race is very important for qualifying for the Vendée Globe.