The Hungarian skipper Nandor Fa rounded the Horn for the fifth time in his career after 63 days, 18 hours and 36 minutes since the start in Les Sables d’Olonne. He crossed this longitude 4 days and 23 hours after seventh placed Louis Burton (Bureau Vallée) and 16 days and 18 hours after the leader Armel Le Cléac’h (Banque Populaire VIII).

In the 0800hrs UTC rankings, Armel Le Cléac’h seems to have picked up speed and for the first time since Saturday is doing better than British skipper,  Alex Thomson, regaining around ten miles since the 0400hrs rankings. He is now 77 miles ahead of his closest rival. Over the past four hours, his average speed has been 11.1 knots in comparison to 8.5 knots for Hugo Boss. Perhaps more significantly, in the last half hour, Armel le Cléac’h has been sailing at 16.5 knots while Alex Thomson is at half that speed, 8.3 knots.

We need to remain cautious as sometimes the Doldrums can continue to be felt, but for the moment, that would appear to confirm that Armel Le Cléac’h has found his way out. He may be able to take advantage of that for a few hours to regain some more ground. In the middle of the Atlantic, 600 miles SW of the Cape Verde Islands, Armel Le Cléac’h is sailing 1200 miles further north than François Gabart’s position after 64 days of racing back in 2013.

In the 0800hrs UTC rankings, Yann Eliès (Quéguiner Leucémie Espoir) and Jean Le Cam (Finistère Mer Vent), are still battling it out for fifth place with just a mile between them in terms of distance to the finish with the advntage going to Yann Eliès this time. 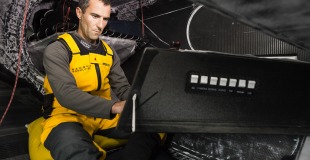 Le Cléac'h on the 'go slow' as Thomson closes in 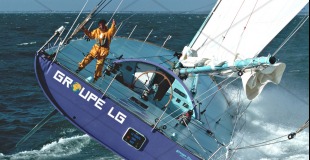 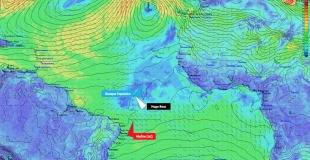 Where is the way out of the Doldrums?