Home News “Alone in the world”, Sébastien Destremau looks back at his round the world voyage

"Do your own Vendée Globe.” That is what Sebastien Destremau said in a video posted on 18th May to promote his book, which was published today. What did the skipper of TechnoFirst-FaceOcean really mean? Maybe that in his opinion, what really counts in the Vendée Globe is not winning the legendary race.

Sebastien Destremau, 52, five children and one boat: TechnoFirst-FaceOcean. A brief, concise presentation, because as he likes to say, he doesn’t have anything else. No house, no car. Just memories. Memories of the 124 days spent alone at sea being tossed around by the waves.

In his new book, Sébastien gives us an autobigraphy of a multi-faceted character. A miserable childhood. A pleasant enough son, but also someone, who wanted to be free. On 8th June, the official launch date for his book, the sailor, who completed the round the world voyage looks back at his challenge, which took him much further than what he hoped for when he signed up. 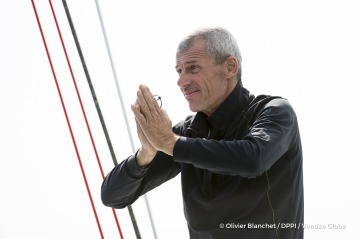 A professional racer, who became a journalist, Destremau always knew that the ocean was his home. Since his first boat, a 5.5m Corsaire given to him by his father when he was not yet a teenager, he was able to enjoy the freedom that the ocean brings to all those who dare venture out there. All he knows how to do, he explains is sail. A racer for 25 years, Sébastien appeared to know how to tame the waves, but he admits he never experienced the solitude you find without a crew in the non-stop solo race.

124 days of hell in the Vendée Globe

However, the Vendée Globe for Sébastien was a way to get away from civilisation and our modern society. His motivation only grew when he saw just how difficult this race was. It involved sailing across three oceans and rounding the three legendary capes of course. 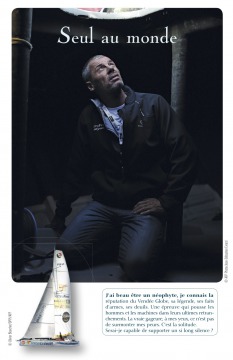 In this autobiography, the skipper from Toulon relates his story without filtering anything out. There is the laughter and the tears. The amazement and despair. An emotional examination of himself and his world after racing for 124 days in what he calls the Hell of the Vendée Globe.

The Kaïros team has bought the Safran IMOCA