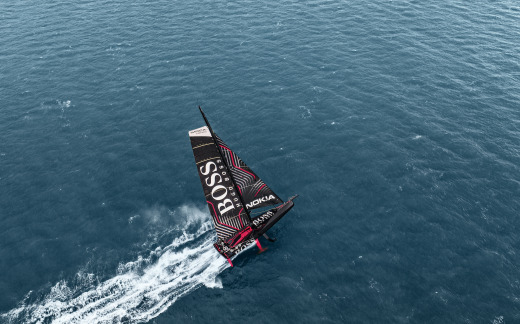 HUGO BOSS is making slowed speeds SE’wards down the race course early this morning after Alex Thomson’s team last night alerted Race Direction of the Vendée Globe to a possible structural issue on board Thomson’s black and pink IMOCA when it was lying in second place, racing 800 miles east of Rio de Janeiro. 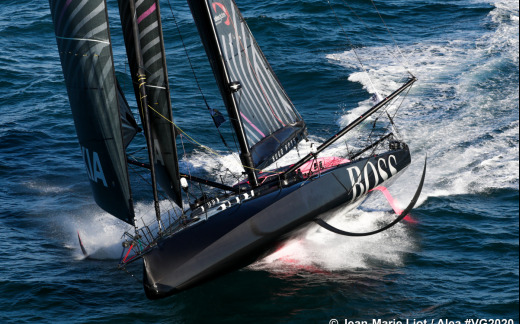 British skipper Alex Thomson who is racing in second place in the Vendee Globe alerted his team around 1900hrs UTC Saturday 21st November of a possible structural issue onboard the HUGO BOSS boat.

His team issued a statement Saturday night which confirmed,
"At the time Thomson's position was approximately 800 miles east of Rio de Janeiro in the South Atlantic ocean, and was 13 days into the Vendée Globe round-the-world yacht race. Thomson and his team, together with their appointed naval architects and structural engineers, are now working together to assess the extent of the structural issue and to determine a repair programme and timeline.

Thomson is safe and well onboard, and in regular dialogue with the team. The Vendée Globe race organisation has been notified and is being kept well informed.

We kindly ask that members of the public refrain from attempting to contact the team at this time. A further update will be released on Sunday 22nd November." 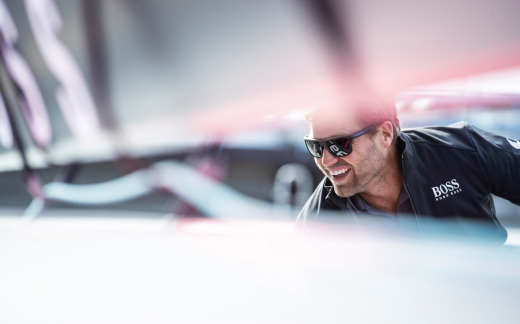 Eyes on the Prize. Alex Thomson Keeps His Focus Despite A Mix of Usual and Unusual Problems.

Having to withdraw from last Autumn’s Transat Jacques Vabre was not the optimal start to Alex Thomson’s Vendée Globe programme with his new HUGO BOSS. The required time back in the yard, compounded by lockdown due to the COVID-19 pandemic, robbed the British skipper of much of his planned solo preparation and testing miles.