> News > The decisions taken by the IMOCA class

The IMOCA Ocean Masters finished with an exceptional Vendée Globe. With 29 skippers competing, 18 finished, 10 nationalities were represented, 7 IMOCA 60s were fitted with foils, there was an extraordinary competition and a battle to the end, with adventurers supported by the general public and teams. The eighth edition was a clear success and confirmed the position of the IMOCA class in ocean racing classes.

Jean Kerhoas, who has bein in charge of the Association since 2013, presented his report stressing the decisions taken over the past four years, in particular in terms of safety and reliability. The standardisation of masts and keels was approved for those reasons and the six boats, which were fitted with them, did not suffer any failures.

The IMOCA class was also concerned about the development of the IMOCA Ocean Masters launched back in 2013 with the OSM company and the support of Sir Keith Mills. The success of the transatlantic race from New York-Vendée (Les Sables d’Olonne) appears to have confirmed its place in the IMOCA programme and it will return in the coming years. 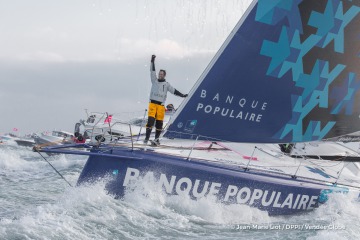 At the end of this cycle, many IMOCAs up for sale have found purchasers and for most of them the goal is to take part in the 2020 Vendée Globe and the preparatory races. The announcement of the arrival of a new partner last week, Charal alongside Jérémie Beyou and the construction of a new boat also prove the thriving nature of the IMOCA class.

Revealed on IMOCAS in 2015, foils gave rise to a big debate. The appendages proved themselves to be reliable and effective, but also the subject of communication during races. With four foilers in the top four places in the Vendée Globe, it is only logical that the AGM has strengthened its choice allowing adjustments to be made to these appendages to optimise their use.

The technical committee was also looking for some stability in terms of the rules and the new rules, approved a by a large majority are now in place until 2021.

Among the other decisions recorded by the AGM, the skippers will now sail with one less sail and a few changes were made in favour of safety following on from the last Vendée Globes and the Barcelona World Race.

A race programme in place until the 2020 Vendée Globe 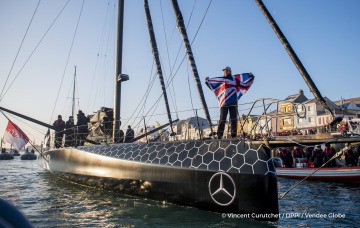 The AGM approved its race programme for the IMOCA Ocean Masters based on the next four years to allow the best preparation for the Vendée Globe, and this remaisn fairly constant with the classics, the Rolex Fastnet Race, the Transat Jacques Vabre and Route du Rhum while supporting the Barcelona World Race, whose Director from the FNOB, Xosé-Carlos Fernandez, presented the Notice of Race. The double handed race has a new format, although still sailing from Barcelona, but including a stopover in Sydney. The race will start on 12th January 2019. Laura Legoff, General Director of the Vendée Globe confirmed that the SAEM Vendée wishes to continue to be alongside the IMOCA class as they take these decisions concerning the long term future of the IMOCA Ocean Masters.

The 2017 IMOCA AGM welcomed some new members and new projects, such as the Franco-German sailor, Isabelle Joschke, the German Boris Herrmannn who will be racing in the colours of the Monaco Yacht Club aboard the foiler, the former Gitana16 and Pierre Lacaze and Yoann Richomme, who will be taking part in the Transat Jacques Vabre in November aboard the Lombard designed boat sailed by Samantha Davies in the 2012 Vendée Globe. The board is now younger and more international, which will see the IMOCA class evolve in new directions in the future.

Apart from Alex Thomson, re-elected as board member for the ninth year in a row, the committee welcomed the skippers Conrad Colman, Tanguy De Lamotte and Paul Meilhat as well as the Team Manager of No Way Back, Antoine Mermod, who has been elected president.

Motivated by the need to continue along the same lines as those taken over the past few years, while improving its internal organisation, the AGM decided to give their support to the new representatives and has confirmed its internationalisation with the arrival of the the American / New Zealander, Conrad Colman.

After four years in charge of the development of the IMOCA class, the previous president, Jean Kerhoas, is standing down and the three remaining members, Vincent Riou, Jean Le Cam and Luc Talbourdet, also wished to stand down from the board.

Over the next few weeks the new team will be in place before they look at how to develop the class. 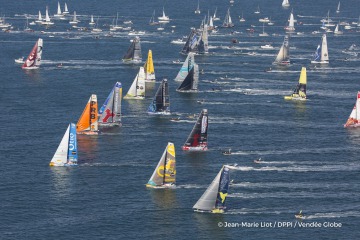 Antoine Mermod, the new President of the IMOCA class: “’I’m proud to have been chosen to lead the new board elected by the members of the IMOCA class. The class is thriving thanks to the hard work done over the past four years by Jean Kerhoas and his team. We now have rules in place until 2021 and a race programme taking us to the 2020 Vendée Globe. Some new skippers are joining the class, new boats are being built and most of the skippers, who did well in the last Vendée Globe are working on their boats and improving their performance. The 2017 season should offer us some great events finishing with the Transat Jacques Vabre in November.” 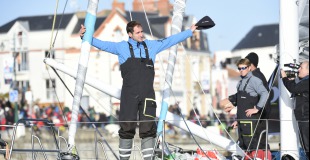 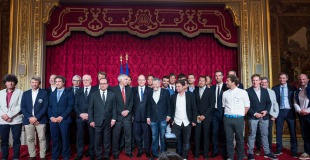 The Vendée Globe skippers hosted at the Elysée Palace 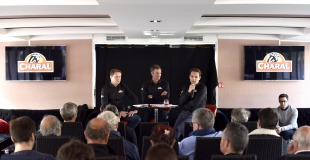