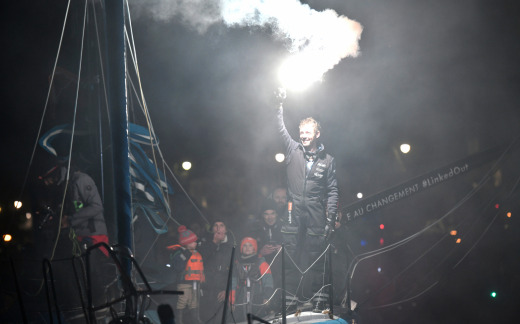 Ruyant finished his solo race around the world, without stopovers and without assistance, 11hours 37mins 15 seconds after Bestaven’s corrected time. 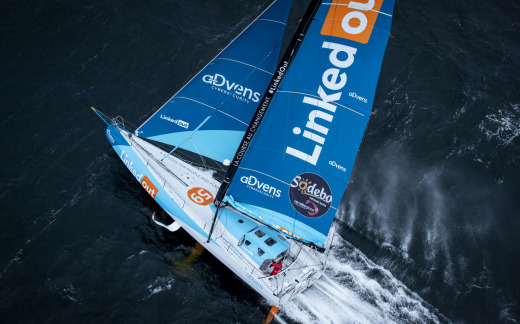 Fifty per cent on the good gybe, Thomas Ruyant

Although he is more than a hundred miles from the two leaders, Thomas Ruyant knows that the final days at sea will be similar to a stage in the Solitaire du Figaro, a race in which he has already competed several times. Above all, the final race sees him as much on starboard as on a port tack, where he will be able to use on his fully working foil. 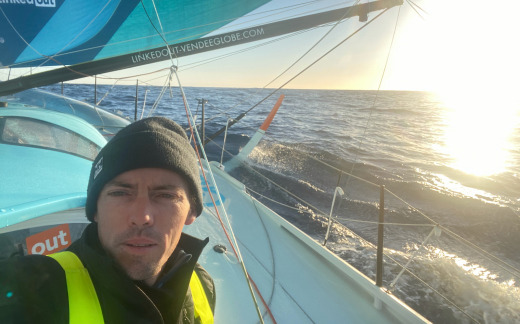 'I am a bit of a gambler' Thomas Ruyant

On the morning radio calls at 0400hrs TU the skipper of LinkedOut, in hunting mode, explains his Westerly option, which he is not unhappy with. In nice conditions, LinkedOut has been reaching along at 16 knots under a starry sky. Ruyant spoke at length about his choice of route and the South Pacific which was hard work. 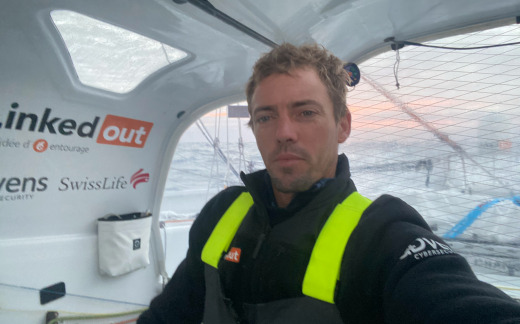 Ruyant: "The big question is: is the high pressure going to be fast enough to catch Yannick?"

The skipper who comes originally from Dunkirk, positioned further North than Charlie Dalin and Yannick Bestaven, is watching the complex weather situation closely and crosses his fingers that Bestaven’s lead will not extend further. The skipper of LinkedOut remains on the lookout and ready to pounce if there is the slightest opportunity.

Thomas Ruyant 'A Game of Gybes'

Thomas Ruyant / LinkedOut Third, in the big South where the weather forecasts are only reliable short term, Thomas Ruyant is happy to not be leading the way as he explains......