> News > Preparing mentally for the race: with or without a coach...

Because this is such a demanding sport and understanding yourself makes it easier to come to terms with your sport and to perform better, many skippers have used, or are still using, the services of a mental coach or performance assistant. Among those competing in the 2016 Vendée Globe, Jean-Pierre Dick, Alex Thomson, Morgan Lagravière and Eric Bellion all work regularly with a qualified professional. It is impossible to sum up here what is after all a very personal and long-term effort – they often spend several years with the coach – but to put it simply, the methods used tend to be based around mental imagery, neuro-linguistic programming, relaxation or sophrology. Most of the work is based on talking things through and debriefing after what the skipper has been through.

Jean-Pierre Dick is one that has been convinced by the technique. He explained, “I have always been aware of the importance of mental preparation to remain calm and clear about what we are doing, whether it is artistic, professional or sporting. I work in this area with Jean-Marc Lhabouz. He’s not a sailing expert. He’s a psychoanalyst and mental coach, who puts the problems into a general context of enhancing performance with a very pragmatic approach. What this means is I am closely monitored by Jean-Marc. We work each week on the psychological aspects I have to deal with by myself on board in difficult situations. I am learning a few techniques, and practise them to make sure I use them on the boat. Breathing for example is very important.”

We must not forget that each racer is different and that therefore the techniques used vary. To take a very simple example, a calming image won’t be the same for everyone and the stress they feel won’t be experienced in the same way or dealt with using the same techniques. However, the goals are often similar: we have to identify the strengths and weaknesses and work on them and analyse various emotions, which we must not hide, but rather accept and come to terms with, in order to transform them into something positive. Most top class sportsmen and women work on these matters and sailors are no exception to the rule. For a couple of decades now they have been using mental preparation and while most of the skippers don’t have a mental coach for the Vendée Globe, it’s because they have been working with one beforehand. This was the case for those, who have been through an Olympic training programme or if they have sailed in the Figaro class and now believe they no longer require this help.

Dealing with strengths and weaknesses

Yann Eliès is a good example. He worked for years with Gilles Monier, one of the top coaches, who works at the French Sailing School in Quiberon. “In 2001 I was injured and wanted to continue to work on my weaknesses. I just couldn’t win. I was often close, but got caught out in the last few miles,” explained Yann. He added, “Together we understood that I was looking too far ahead (I was already imagining hugging my friends and family and thinking about what I was going to say to the media) and that’s when I lost track of things. Gradually over the years, we set up techniques, methods, goals… The work with Gilles, largely based on discussions and debriefings looking back at what happened, helped me a lot to remain focused and to be efficient. Today, I have reached the point, where I don’t think I need a mental coach with me, simply because I have learnt how to deal with this matter myself.”

Younger and having gone through an Olympic sailing programme, Morgan Lagravière is preparing his first Vendée Globe with another famous coach, Jean-Claude Ménard, “with whom we find tried and tested techniques to work on my attitude.” These are in addition to the excellent advice he gets from Roland Jourdain, who manages the Safran project. 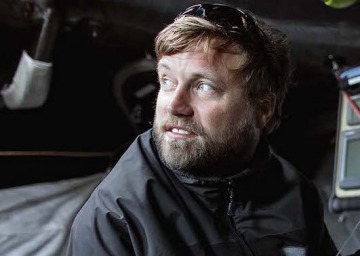 © Mark Lloyd / HUGO BOSSThe British skipper, Alex Thomson is also a keen supporter of preparing mentally for racing. For him this “mental preparation is as important as the physical preparation with the aim of enhancing my performance as much as possible.” Alex works on that with Ken Way, who has been the coach for many champions in various sports and in particular, surprised everyone by helping Leicester FC take the English Premiership last season. Alex has been practising using mental images with him to try to see how to cope with what is going on or a situation (which is what skiers do too before starting or pole-vaulters before jumping). This is a useful technique to deal with stress and control adrenalin levels. This could come in handy too in helping the skippers get some rest in the tricky conditions they are likely to experience in the Southern Ocean.

Mental preparation, as all the skippers we asked told us, also helps you identify your goals, which are bound to be very different, if you aim to win the Vendée Globe or “simply” want to complete the round the world race. Eric Bellion has been working with a coach for three years and says he felt the benefit, particularly in terms of his confidence, when he raced in the double-handed transatlantic race. In his opinion, “the mental aspect is for most people something innate. You have either got it or you haven’t. But really it is something you can work on just as you do with other aspects of your performance.”

In fact, sometimes, the difference between physical and mental preparation is not that big. For some, pushing hard physically is also a form of mental preparation. Jérémie Beyou explains that he has been talking things over with a psychologist to be able to set sail “in the Vendée Globe with a clear mind and able to control my own stress levels,” but this has not been a long-term preparation for him. He finds his mental strengths come from his physical performance. That was confirmed by his sporting coach, Stéphane Eliot. “Pushing back your limits is at the heart of the physical preparation I get Jérémie to do. That’s how we do the mental preparation he needs. I push him hard in each session, telling him to keep focused, whatever happens. I get him to do some little exercises, which are very simple at the start of the session, but become increasingly difficult as he gets tired. In this way, he learns how to push hard, while remaining clear-headed.” 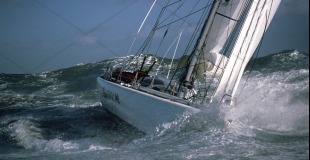 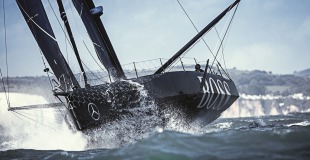 The Jackal and the British Lion 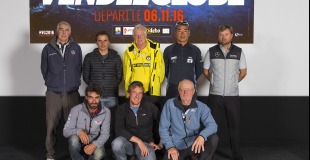