> News > Giancarlo Pedote will be at the start

The skipper of Prysmian Group has ticked all the boxes on the official race paperwork. So, now he is officially registered and joins the list of those certain of taking part in the next Vendée Globe. He is the 18th to join the list of skippers registered for this ninth edition.
Giancarlo Pedote will be racing in the Vendée Globe aboard Prysmian Group, the former Saint-Michel Virbac built in 2015, aboard which Jean-Pierre Dick finished in forth place in the 2016-2017 Vendée Globe and won the 2017 Transat Jacques-Vabre. This Imoca also displayed the colours of Ucar - Saint-Michel with Yann Eliès as skipper. After finishing second in the Route du Rhum in his category, he was forced to abandon his hopes of competing in the Vendée Globe, as he was unable to find the necessary funding. On 8th November, Giancarlo Pedote will become the fifth Italian to set sail in the Vendée Globe, after Vittorio Mallingri in 1992, Simone Bianchetti and Pasquale de Gregorio in 2000 and Alessandro di Benedetto in 2012. 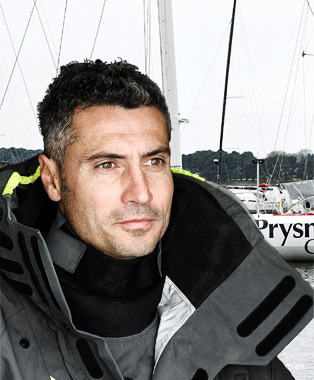