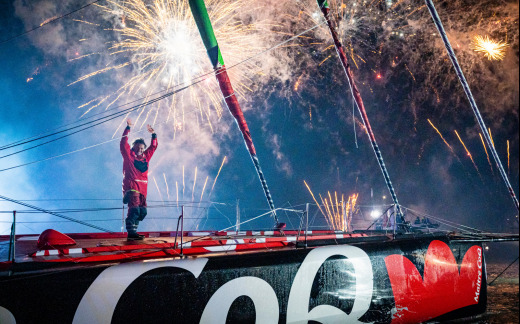 Yannick Bestaven, the best of 'Besta'

The best of what was an illuminating and engaging press conference with new Vendee Globe champion Yannick Bestaven who at 48 is the oldest winner in the history of the race. 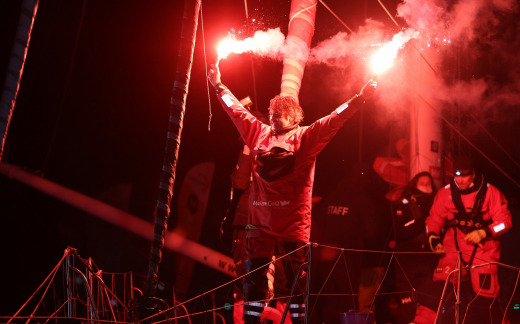 First Words from Bestaven, the New Vendee Globe Champion.....'There Are Two Winners On This Vendee Globe'

In his first interview he said
" I feel like I'm living a dream, hallucinating. You go from total solitude to this, to this party, to these lights, these people who are there despite the complicated context, I don't realise what's going on. I'm still in my race. It's a child's dream.
The north of the Bay of Biscay was the best option for my boat and the sails I had left. I had to go and find the two low-pressure fronts.
It wasn't good to be the first in this Vendée Globe. But I managed to pull myself together and regain some ground with Charlie (Dalin) enough to make up the time, it was an amazing regatta.
I always believed I could do it, but in what position? I thought I would win at Cape Horn, but then I thought that if I finished 25th, well then that would be good enough. We prepared a lot for this Vendée Globe, I knew I had a reliable boat and I was able to pull it off.
The weather conditions meant that it never started from the front, it always bunched up, it was often tight. It has been historic.
You have to look deep down inside yourself. These boats are stressful, noisy, and life on board is difficult. There are also times you feel lonely…
This result is beyond my expectations. I imagined living many things, and I have lived many others. After having fought as I have fought, bringing a victory to Maître CoQ IV is a dream! 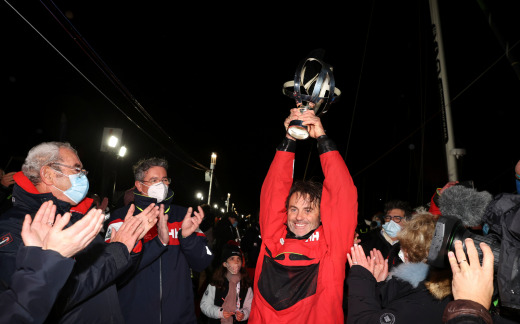 The race of Yannick Bestaven

He led the fleet for long stretches of the race, topping the leaderboard 157 times and proving virtually unbeatable in the south. It’s a marked contrast to his first attempt at the Vendee Globe, which ended with dismasting only hours after the start. After that experience he didn’t return to the race for more than a decade. 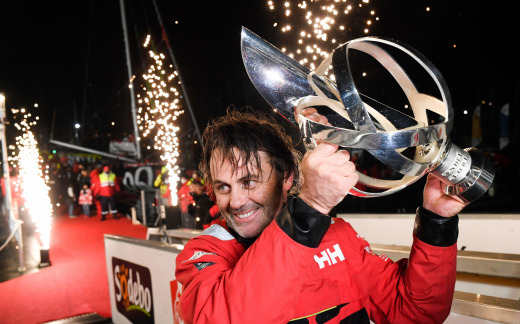 Yannick Bestaven, the 48 year old French skipper of Maître Coq IV, is the overall winner of the ninth edition of the Vendée Globe. Although he actually took the gun for third place off Les Sables d’Olonne, France at  03hrs 19mins 46 secs early this Thursday morning, because he carried a time compensation of 10 hours and 15 minutes, awarded by an international jury for his role in the search and rescue of fellow competitor Kevin Escoffier, Bestaven takes victory 2hrs 31mins 01secs ahead of Charlie Dalin and 6hrs 40mins 26secs of Louis Burton who both finished ahead of him and take second and third respectively. 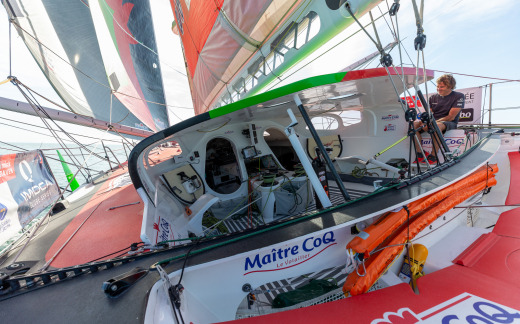 This Thursday January 28 at 03.19hrs 46 seconds UTC Yannick Bestaven crossed the finish line of the ninth Vendee Globe off Les Sables d'Olonne to record an elapsed time of 80 days, 13 hours, 59 minutes and 46 seconds for the course around the world alone nonstop and unassisted. he finished 7h 43min 59s after Charlie Dalin (Apivia). His elapsed race time is reduced by 10hrs and 15 mins  10:15 am according to an allocation by the international Vendée Globe jury for his involvement in the rescue of Kevin Escoffier. Bestaven should logically be crowned the winner of this 9th Vendée Globe. He must wait for the usual checks to be carried out by the measurement committee before any result can be finally confirmed.