With each passing edition of the Vendée Globe, knowledge about the position of ice drifting up from the Antarctic and the means of monitoring this movement have changed the shape of the non-stop solo round the world voyage. Today, thanks to satellite imagery and work in collaboration with CLS (Collecte Localisation Satellites, a subsidiary of the French space research centre, the CNES), the Race Directors can draw up a course taking into account the dangers caused by these floating objects in the Southern Ocean. Jacques Caraës, the Race Director, tells us more…

The course for the Vendée Globe has evolved over the years, as in the first three races (1989, 1992, 1996), there were no course marks apart from the obligation to leave the three capes to port (Good Hope, Leeuwin, The Horn). At that time, knowledge about the ice drifting up from Antarctica was limited to what was noted in logs from explorers and crews that had taken part in the Whitbread crewed race around the world with stopovers, and to a few fishing boats in the Indian Ocean or cargo vessels that rounded Cape Horn.

“After 1997, people started to talk about setting up waypoints to stop the solo sailors getting too close to Antarctica, remembering that the closer they sail to the South Pole, the shorter the route to Cape Horn. After the 1996 race, with three boats capsizing in the Indian Ocean and the loss of Gerry Roufs in the Pacific, not to mention sailors heading further and further south like Jean-Luc Van den Heede in 1992, who found himself surrounded by ice at 64°S, the organisers wanted to limit these excesses,” explained Jacques Caraës, the 2016 Vendée Globe Race Director. 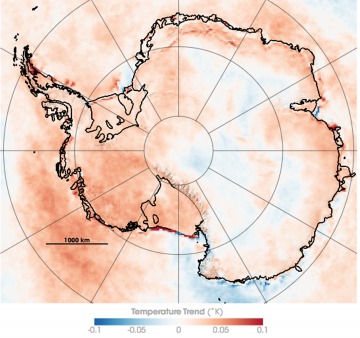 They soon decided to go for Ice Gates, in order to allow the skippers scope for routing choices. What this meant was that at a certain latitude, the solo sailor had to cross a line marking the Gate between 400 and 800 miles in length at least once. This allowed the competitors, who were sometimes thousands of miles apart, to choose where to cross the line depending on the weather conditions they were experiencing. The number of gates varied from one race to another going from five in 2004 to 8 in 2012. These were placed at around 40°S in the South Atlantic, around 45°S in the Indian Ocean and around 55°S in the Pacific before Cape Horn (56°S).

“That didn’t prevent Sébastien Josse from hitting a growler in the Pacific in 2004 on VMI. But over the years, CLS has been able to collect information about the position of the ice and monitor its movement in the Southern Ocean. Today, we have acquired much more knowledge about where the ice is drifting and we can spot icebergs that are less than 500m in length.”

The problems don’t really come from the pack ice, but from the icebergs that break off and splinter into pieces weighing a few dozen tonnes (growlers), which float with their tip only one or two metres above the water. “Ice can drift as fast as 2 knots, and can therefore move almost 50 miles a day. Even though CLS has at its disposal simulator software taking into account the size of the ice, the temperature of the water and sea currents, it is nevertheless difficult to predict the actual movement over three days.”

To make it easier to understand the route taken by the skippers and to make the course simpler, the idea in this eighth edition was to replace the Ice Gates by the Antarctic Exclusion Zone, an approach inspired by two other ocean races (the Volvo Ocean Race and the Barcelona World Race), which applied this rule. The racers voted in favour of this change.

“Today, this exclusion zone means they leave Gough Island (in the Atlantic at 40°S and 10°W) to starboard, before bending towards the south of Kerguelen to around 50°S. After that, we had to respect the Australian Maritime Safety Authority’s points so as not to exceed a distance of 1500 miles from a rescue centre. The Ice Wall then stretches down towards Cape Horn to around 60°S. It is however, not a continuous line. There is a point at every 5 degrees of longitude, more or less to the north depending on the data we have concerning drifting ice. Before the start, on 31st October, we will determine this exclusion zone with 72 points around the Antarctic, based on the latest info from CLS.”

If, however, the Race Directors note that the ice has shifted further north or has not advanced as much, these points may be moved northwards or southwards. The competitors will be informed at least 1,500 miles before the modification. That happened in the Barcelona World Race, where the points were shifted to the south after the drifting ice melted more quickly.

“It would appear that this is a year when there isn’t that much drifting ice around. There was a big one in the South Atlantic, but it is unlikely to go above 40°S. At the moment, there aren’t any icebergs in the area around the Horn. If we find out that there is a change in the movement of the ice between the passage of the leader and those following him, we will be able to inform them of the updated position of the icebergs.” 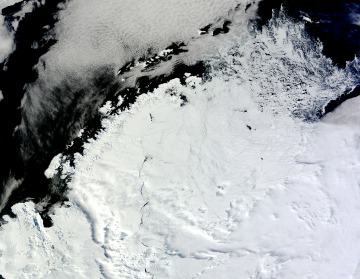 CLS uses satellite imagery and altimetry, temperature analysis and reports from shipping (the Kerguelen Islands and the Horn). It is of course easier to follow a large block that is twenty or so miles across than a smaller iceberg measuring a few hundred metres. But the real difficulty is that the satellite imagery does not give accurate data about growlers (ranging from just a few metres to 30 or 40). Their presence is linked to an iceberg melting and the danger zone is around 20 miles from the drifting ice. The Race Directors have extended the safety margin to over a hundred miles.

“Even though not all the IMOCA racers were in favour of the Antarctic Exclusion Zone, it has been deemed necessary to set up penalties for those, who do not respect this Ice Wall. The solo sailors in the Vendée Globe have the possibility of returning to this point or going further west in order to rectify their mistake.” If that does not happen, the penalty defined by the International Jury can vary from 24 hours to disqualification. The same applies to the traffic separation schemes off Cape Finisterre and near the Canaries, as well as a strip along the coast of Mauritania, where pirates have been spotted.