> News > Armel Le Cléac’h: nothing other than winning will do

You told us shortly before the start of the double-handed transatlantic race that a good result in the Transat Jacques Vabre would be the ideal springboard for 2016 and the Vendée Globe. So you must be very pleased looking forward to the solo round the world race…

“All lights are on go. We have kept to schedule, managing to sail as much as we can to ensure the reliability of the boat and to fine tune her. In six months, I sailed 15,000 miles, or the equivalent of more than half of the voyage around the world. These trips were chiefly sailed double-handed. I learnt a lot alongside Erwan Tabarly about how to push the boat hard and get the most out of her. Our second place in the Transat Jacques Vabre gave a boost to our confidence. We had to face some very tricky conditions, which doesn’t happen when you’re out there training. That taught us some lessons in all the different areas, so this winter we weren’t going into the unknown. Other teams sailed well last year and moving in the same direction as us. I’m thinking in particular about Seb Josse’s Gitana Team. So we can’t fall asleep and we need to take advantage of this favourable period to continue to make headway. I know how many obstacles there are on the way to the Vendée Globe. There’s nothing to say we won’t suffer an upset, something unexpected, which could disturb our preparation. It is going to take a lot of work to get to Les Sables d’Olonne on 6th November with the boat as well prepared as possible, so that Banque Populaire VIII lives up to my requirements and I know her like the back of my hand.”

After the Transat Jacques Vabre, why didn’t you take part in the St-Barth/Port-la-Forêt race, which would have been a good first test sailing solo aboard your new 60-foot boat?

“Because two VPLP-Verdier designs from the same generation as mine encountered structural damage in the Jacques Vabre (Morgan Lagravière’s Safran and Jean-Pierre Dick’s StMichel-Virbac, editor’s note). The designers put the various elements on the table and pointed out the potential risks in the transatlantic return voyage. Even if my boat didn’t have any of these problems, we preferred to be cautious bringing the boat home to France by cargo ship. The goal is the Vendée Globe, not the St-Barth/Port-la-Forêt. That meant that we got our hands on the boat in good condition for the winter refit.”

After the winter refit, the dice will be cast 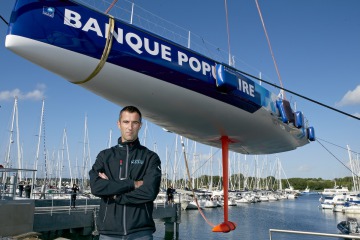 © BPCEWhat is involved in the winter refit currently underway for Banque Populaire?

“The winter before the Vendée Globe is when we undertake the final major refit. All of the teams contending for victory are working along the same lines. After this three month refit, the dice will be cast, as afterwards, it will be much harder to make any significant changes. We have therefore planned to carry out some major modifications, the most important of which is the reinforcement of the structure and the construction of a new pair of foils. In general, version 2 of the appendages is aimed at reducing the weaknesses (upwind) and increasing the strengths (when reaching). We are planning some other small modifications, which added together will enable us to end up with a boosted version of my boat. There is a long period of work for a brand new IMOCA to reach 100% of her potential, and it can’t just be done in a few weeks.”

Before the Vendée Globe, you will be lining up at the start of The Transat, then the New York/Vendée: two good solo tests.

“Yes there’s nothing better than sailing as much as possible racing solo. We shall be putting the boat back in the water in mid-March and we should be in St. Malo on 20th April for the prologue of The Transat. Considering the timing is tight, everything has to be planned precisely. For The Transat (between Plymouth and New York, editor’s note), there won’t be many IMOCAs lining up, but some other favourites will nevertheless be there. We will have to deal with headwinds. It’s not ideal for the foils, but we will see whether the second version of these appendages has allowed us to make up some of the losses in upwind sailing. Eight years ago, I took part in this race before the Vendée Globe, and faced winds up to 50 knots. That allowed me to boost my confidence in myself and my boat. On 29th May, I shall set sail in the New York/Vendée. This time, the conditions should on paper be much more favourable for the foilers with chiefly downwind conditions. There will be lots of boats taking part (17 boats are expected, editor’s note). With just a few months to go to the Vendée Globe, the race will allow us to see how we do against our rivals. After these two transatlantic races, it will all happen quickly. We’ll just have four months before we have to be present in Les Sables d’Olonne. During the summer refit, we will carry out checks and the boat will be relaunched in late August.”

Twice as many contending for victory as four years ago

The line up for the Vendée Globe is becoming clear. How do you feel about that?
“The Vendée Globe is full and that’s good news for everyone: skippers, the general public, organisers, sponsors. Four years ago, there were four or five of us aiming to win. This time, there will be at least twice as many. That opens things up and we can look forward to a great contest. The teams have made progress in preparing the boats. The competition will be even tougher. Which is good news, as that is what I am looking for.” 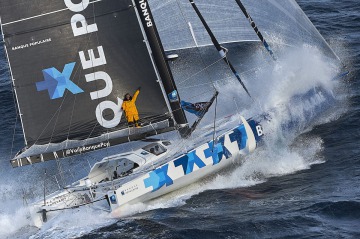 © Yvan Zedda / BPCEYou are however said to be the favourite for the next edition. Does this position encourage you or is it a handicap?

“Neither one thing nor the other. When I was younger sailing in a Figaro, this position as favourite was a burden. But with my experience, I have managed to stand back from all that. I have prepared my race without any extra pressure, and this hasn’t changed my way of doing things. I remain humble, as I know the ins and outs of this race. It’s dangerous to make any forecasts, as anything can happen.”

Let’s be clear about it. You are aiming to win…
“Yes, I am taking part to win, and to be completely honest, not for anything else… I wasn’t far from achieving that last time (in 2012-2013, Armel finished second in the Vendée Globe just three hours and seventeen minutes after the winner, François Gabart, editor’s note). I hope like four years ago to be able to fight to the finish to win, and that this time the result will be better. For more than ten years, I have been working with the aim of winning the most difficult of solo races. Very few skippers have seen their name join the list of winners, but I hope to add mine.” 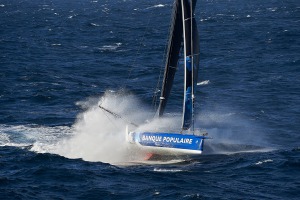 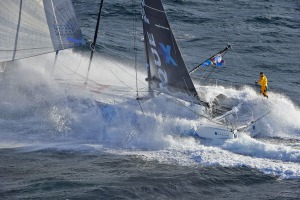 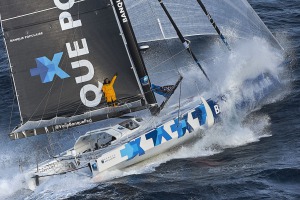 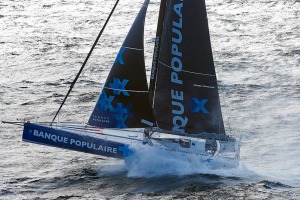 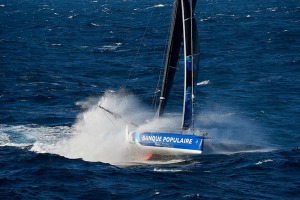 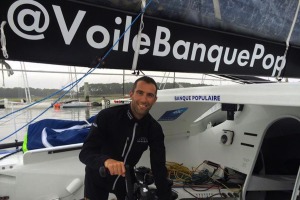