The internationalisation of the Vendée Globe is clearly underway. Out of the 28 skippers registered and so far qualified, nine come from outside of France. In all, four continents and ten nations are represented in this eighth edition: France, Spain, Hungary, the United States, Britain, Switzerland, the Netherlands, Japan, New Zealand and Ireland. This is the most eclectic line-up ever for the non-stop solo round the world race. The nine foreign skippers are aged between 23 and 66 and come from a variety of backgrounds. This diversity contributes to the charm of the Vendée Globe.

So far, 28 sailors are registered and qualified for the Vendée Globe: 19 Frenchmen, one Spaniard (Didac Costa), one Hungarian (Nandor Fa), one American (Rich Wilson), one British sailor (Alex Thomson), one from Switzerland (Alan Roura), a Dutchman (Pieter Heerema), a Japanese sailor (Kojiro Shiraishi), one from New Zealand (Conrad Colman) and an Irishman (Enda O’Coineen). We should add that there are two other French hopefuls, but they haven’t yet completed their budget and qualification: Jean Le Cam and Jean-François Pellet. Among the nine foreign skippers competing, three are returning to the Vendée Globe, while the others are tackling the Everest of the seas for the first time. 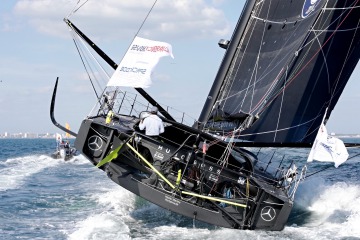 The British sailor, Alex Thomson is the only non-French skipper to be in with a very strong chance of winning this 2016-2017 race. For his fourth attempt, he has one clear goal. He wants to become the first non-French sailor to win the most prestigious solo race, after already making it to the podium in the 2012-2013 race. Apart from his experience and talent, Alex can count on a new generation IMOCA 60 fitted with foils. 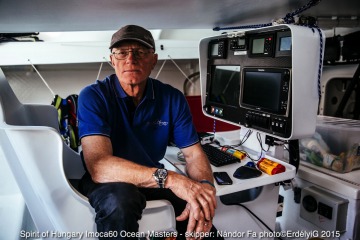 © ErdélyiGThe Hungarian sailor, Nandor Fa, is competing for the third time, twenty years after he last took part. Unlike Alex Thomson, he isn’t aiming to win, but to make it all the way around the world alone for the second time, after his decent fifth place in 1993. “The Vendée Globe is my life, but after this round the world race, I’ll be 64, and I think it will be time for me to stop racing,” he told us. 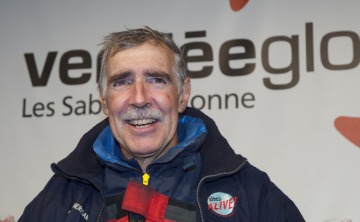 © OLIVIER BLANCHET / DPPI / Vendée GlobeThe third sailor returning is from the United States. At the age of 66, Rich Wilson will be the eldest competitor in this year’s race. He is returning with the aim of improving on the time he set in 2009 (121 days) while putting in place a teaching programme for youngsters around the world. “I hope that everything we are doing will help the race become better known in the United States and that afterwards, there will be more Americans taking part,” added Rich Wilson. 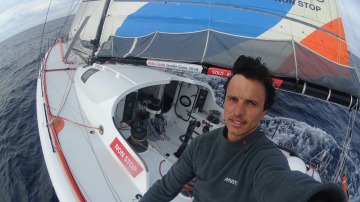 Didac Costa will become the fourth Spaniard to line up for the Vendée Globe since the race was first set up in 1989. He follows in the footsteps of José de Urgate, Unaï Basurko and Javier Sanso. “Culturally, ocean racing is not as developed in Spain as in France. The public and media are not as interested,” explained Didac. “But gradually things are changing, in particular with the three editions of the Barcelona World Race, a race, which has enabled Spanish sailors to enter this world. Things have started moving and now we have to continue with that by taking part in the Vendée Globe. It takes time, but that is to be expected. Things don’t change from one day to the next.” 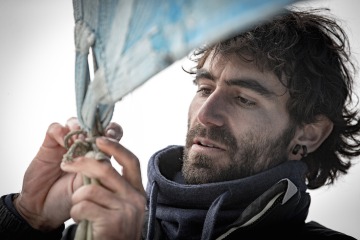 © Christophe BreschiThe youngest entrant in the history of the Vendée Globe, Alan Roura, 23, is certainly proud to be the fourth Swiss sailor to take part in the Everest of the seas and take up the baton from Bernard Gallay, Bernard Stamm and Dominique Wavre. “It’s a huge honour to represent Switzerland. TheVendée Globe remains THE big world famous race, the Holy Grail for solo ocean racers. People are always pleased to see at least one Swiss sailor take part each time in such a big race. And the media follows us,” explains Alan.

Four countries are represented for the first time: Japan, New Zealand, the Netherlands and Ireland 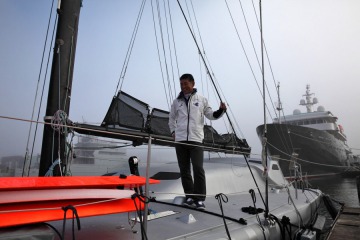 © Team Spirit Of Yukoh The other foreign skippers registered are the first to do so in their respective countries. The Japanese sailor, Kojiro Shiraishi is preparing to represent a whole continent for the first time in the Vendée Globe. This is a huge step forward in the internationalisation of the Everest of the seas. When it was announced that Kojiro was competing in the solo round the world race, the President of the Japanese Sailing Federation welcomed this “third bit of good news for Japanese yachting after Tokyo was awarded the 2020 Olympics and the presence of SoftBank Japan in the 2017 America’s Cup.” Kojiro Shiraishi is pleased to be the first Japanese sailor to take part in the Vendée Globe, but he certainly does not want to be the last. 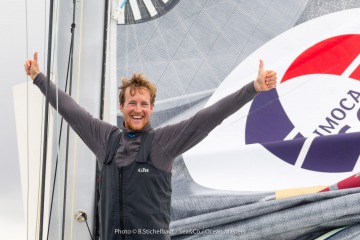 © B.Stichelbaut / SeaNew Zealand will also be represented, thanks to Conrad Colman (who has dual US nationality). The young skipper has already completed two double-handed round the world races and now wishes to do it again sailing solo. “New Zealand is historically a land of sailors, particularly in the America’s Cup and the Whitbread. It is time for the Vendée Globe to become a global adventure, which spreads beyond France. We are on the right track. I am extremely motivated by the idea of contributing to widening the audience of the Vendée Globe,” he told us a while ago. 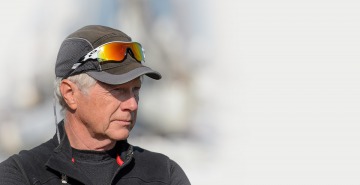 Another nation represented for the first time is the Netherlands, thanks to Pieter Heerema, who will set sail on a new VPLP-Verdier designed boat, which was originally built for the Italian, Andrea Mura, before his sponsors threw in the towel because of the economic crisis in Italy. “I have been a keen follower of the Vendée Globe for twenty years,” explained Pieter. “The opportunity of competing arose. I met Michel Desjoyeaux and we said to each other, why not? I have a long way to go and I’m not exactly a youngster. My challenge is to make it all the way around the world alone.” 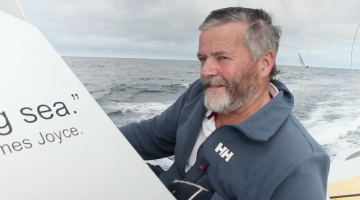 © Kilcullen Team IrelandAs for Enda O’Coineen, he will become the first Irishman to take part in the Vendée Globe. Recognition for this businessman/sailor, who has done a lot to develop ocean racing in his homeland. “I am really pleased to be able to take part in this dream race with a boat representing Ireland,” he was happy to tell us. “We have a lot of enthusiastic supporters and experience going into this project. We are not trying to reinvent the wheel, but we are already heavily involved in this project. Our main goal is to sail the boat safely around the world in this huge adventure.”

Foreign competitors in the history of the Vendée Globe: