> News > How to detect icebergs? 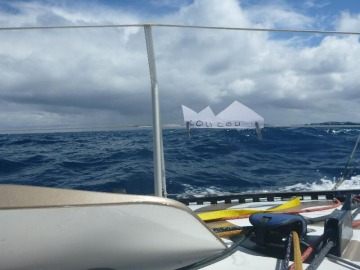 CLS engineers use altimetry satellites such as those developed by CNES, Saral or Jason-3, and then the radar images of the Sentinel-1 developped by the European Space Agency.

What areas are monitored ?

The radar direction of CLS processes, analyzes and interprets a hundred radar images on the course of the Vendée Globe. The engineers programmed three phases of image acquisition:

Phase 1: September 2016, evaluation of the general situation before the entry of the skippers in the ice zone and first definition of the Antarctic Exclusion Zone with the Direction of Course.

Phase 2: During the race, update the detection of icebergs in the passage zone and simulation the icebergs drift detected by satellites. The Antarctic Exclusion Zone can also be updated during this phase.

Phase 3: During the race, to ensure the same level of safety for all boats, satellite detections and modeling of iceberg trajectories are updated several times a week. 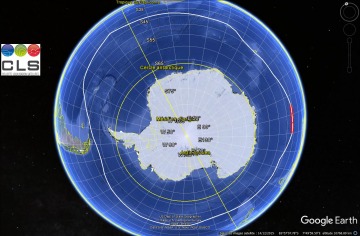 What do the skippers and the Direction of Course receive?

Algorithms of CLS performs the detection of the icebergs. Then, these are validated by a radar analyst who certifies the presence of important icebergs. Then the zones with high density of icebergs are materialized. CLS routinely sends iceberg bulletins and drift forecasting to the PC Course. This information is used to modify the Antarctic Exclusion Zone. The Race Direction sends the information thats is seems useful to the competitors.

How does CLS identify and predict the drift of the detected icebergs?

Each iceberg detected by satellite or in situ by the Vendée Globe skippers is assigned a unique identifier and then, integrated in a drift model developed by CLS. We can observe icebergs until hundred of meters but it is the small icebergs (growlers) resulting from the melting and the dislocation of the big ones that are dangerous for the boats and the skippers. The CLS drift model allows to simulate the drift but also the dislocation and the melting of the icebergs in order to define zones of risks. These risk zones are communicated in the form of bulletins and contain up to 3 days forecast. It takes into account currents, wind, sea state (height of sea level, etc.), surface temperature, and the shape and size of the iceberg identified. Thus CLS is able to provide the PC Course with maps with the location of the icebergs and the prediction of their drift and helps in its decision-making.

Vigisat : the first worldwide collaborative station of the SENTINEL-1 satellite and main French Sation for analysis of satellite radar images 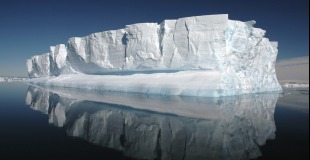 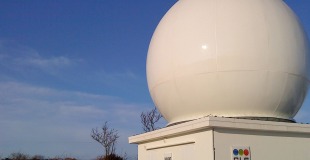