Conrad Colman has turned Foresight Natural Energy and is moving slowly in the right direction now, going NE at a slow speed. He has a W'ly wind this morning of 15kts which will turn more W.
The latest update from his team says:" Conrad finished the repairs during the night, he is cooking the composite with heat pads and a survival blanket! He will try to get the boom up this morning if he thinks it's dry and strong enough."

On La Mie Câline, Arnaud Boissières, is making a good course this morning sailing at 11kts downwind some 180 miles to the WSW of Lisbon. He is closing on the latitude of the stricken Conrad Colman.

Fabrice Amedeo (Newrest Matmut), 220 miles behind is slightly slower. Alan Roura on La Fabrique still has very complicated weather close to a high pressure centre, very light winds and remains slowed. Rich Wilson will catch a few miles on him but is still some 500 miles behind, but Great American IV is going well today in a building SW airstream, 15kts this morning but 20kt later. Didac Costa and Romain Attanasio have only very light winds, still 44 miles apart. Pieter Heerema on No Way Back is still in the Doldrums but should finally get into an E'ly breeze later today. 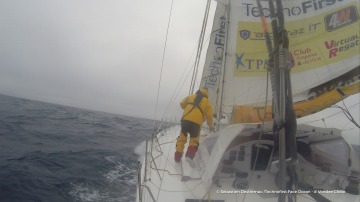 © Sébastien DestremauSeb Destremau anticipates a stop at Fernando de Noronha as he has some water coming into his engine bay, possibly from the sail-drive. He wrote: "Loss of energy, water ingress, sail damage, the weekend has been a real nightmare onboard TechnoFirst faceOcean. It must be written somewhere that completing this Vendee Globe was going to be tough for the only competitor still in the southern hemisphere. Following the loss of our second hydro generator we now have to use the engine to produce energy. Unfortunately we know how difficult it is for us to start our engine using the sails but to top it up we used our last alternator belt... When this one is gone, I will have to actually make a belt onboard. How on earth do you do that? The engine room has been filling up with water lately and we couldn't figure how.. Well, it does come from the saildrive and we'll have to jump over the side to see what the story is down there. So we'll most probably do a pit stop in Fernando de Noronha on February 16. Our beautiful J2 is now dead. It split open this afternoon and we had to furl it rapidly in order to stop the tear. We immediately installed the J3 and we can only hope that the wind is going to stay above 15knts for the remaining of the trip home." 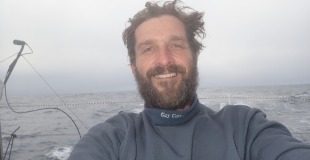 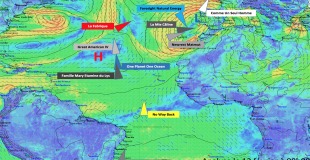 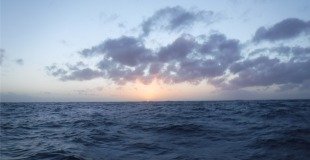