The final decision was down to Tanguy de Lamotte, but it was largely thanks to the way Sam Davies worked with him for the last Transat Jacques Vabre. Alonside her abilities as a racer, Sam was adopted by the Initiatives-Cœur family. The boat’s co-skipper, he quickly became a true ambassador for the cause and wants to continue the 1 click, 1 heart operation, so Tanguy was keen to hand over the reins to her.

Tanguy de Lamotte handing over the helm, but not abandoning the boat 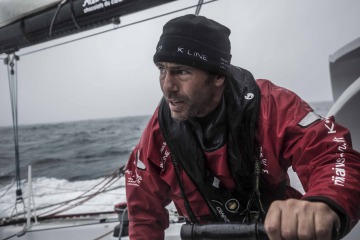 © Initiatives-Coeur Since 2004, Tanguy has flown the colours of Mécénat Chirurgie Cardiaque in all the big ocean races. 127 children have been operated on thanks to his commitment, including 51 in the last Vendée Globe. He will be taking part in the next Transat Jacques Vabre with Sam as co-skipper. He will then be closely monitoring all the changes made to the project offering his support and advice. Tanguy’s current team will remain in place alongside her until the 2020 Vendée Globe. Tanguy de Lamotte: “I’m leaving the helm, but not the boat. It’s bound to be a large chunk of my life that I’ am leaving behind me, but having such a great handover, it’s all going to go well with Sam.” 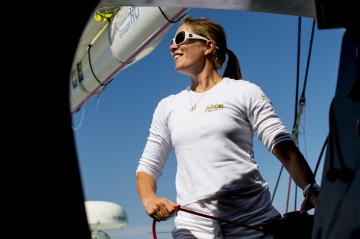 © Vincent Curutchet / SaveolAn excellent competitor finishing fourth in the 2008 Vendée Globe, skipper in the crewed race around the world (the last Volvo Ocean Race), an experienced Figaro racer, Sam also likes to share her experience with others, as we saw with her videos in the Vendée Globe. Tanguy could not have imagined a better replacement at the helm of Initiatives-Coeur. “It’s the dream scenario knowing that I will be at the helm of a boat in the 2020 Vendée Globe with a strong team I know well,” declare a delighted Sam Davies “In the 2015 Transat Jacques Vabre, I really fell in love with the Mécénat Chirurgie Cardiaque association and the sponsors and patrons (Initiatives and K.Line). Racing for children offers an extra motivation as a skipper. It’s an honour to follow in the footsteps of Tanguy, but there is a lot of pressure to live up to what he has achieved. I know that he will not abandon me and will continue to support us in this challenge.” 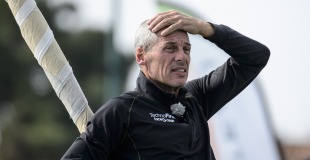 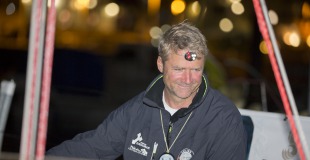 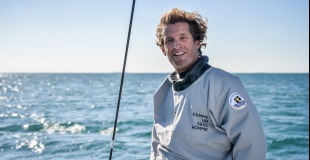