Home News Nicolas Lunven, winner of the 2017 Solitaire, dreams of the Vendée Globe

Nicolas Lunven, winner of the 2017 Solitaire, dreams of the Vendée Globe

The recent winner of the Solitaire du Figaro, Nicolas Lunven stands out eight years after his first win in this demanding event. He hopes to have been noticed by potential partners to achieve his big ambition of taking part in the 2020 Vendée Globe.

Nicolas, this second win in the Solitaire du Figaro has rewarded a lot of determination and hard work…

“Yes, eight years of work. When I won the Solitaire in 2009, it was a surprise for me and for the others. Following that win, I was determined to do it again, but I had to wait until 2017… Meanwhile, I managed to get some decent results, but I also had some disappointments.” 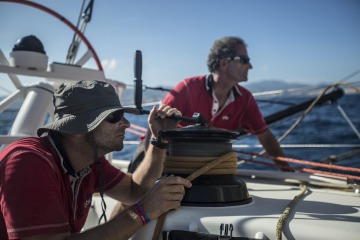 © Volvo Ocean RaceYou took two years off during that period to try other types of boat, including IMOCAs. Was that beneficial for you?

“Yes clearly. I could feel it was getting too much and I wasn’t getting anywhere in the Figaro. I didn’t know how to advance and I needed to get some fresh air by sailing on other types of boat with a crew. Thanks to my experiences in the Volvo Ocean Race, on an IMOCA and on a Diam 24, I learnt a lot, so was able to return feeling more motivated in the Figaro circuit in 2016 getting some good results: 2nd in the Transat AG2R with Gildas Mahé, 3rd in the Solitaire du Figaro, 3rd in the French offshore racing championship. I told myself I had to do even better in 2017. And that was the case. This year hasd been like a dream.”

You’re now aiming for the 2020 Vendée Globe. Where did that desire come from?

“The Vendée Globe is the pinnacle of ocean racing and the IMOCAs are fantastic boats. The Vendée Globe is a dream from my childhood. When I was small, I had posters of Loïck Peyron on Fujicolor over my bed. I used to go to sleep with tales about the Vendée Globe. I have been thinking about it seriously since 2013. I tried to get a project up and running for 2016, but unfortunately without success. A small team was set up around me to try to find partners for the 2020 Vendée Globe.” 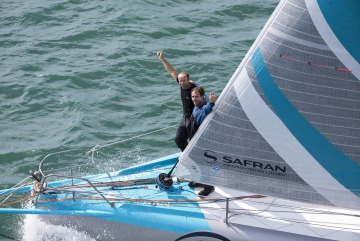 “No, we’re still in the initial contact phase for the moment. My partnership with Generali ends at the end of the year and so I’m looking for new sponsors. But you don’t get a Vendée Globe project up and running in three weeks. In any case, I hope this second win in the Solitaire du Figaro will accelerate things… It got a lot of media coverage and as the winner, I was in the spotlight. That proves to any future partners that sailing can get a lot of coverage and let’s not forget that the Vendée Globe takes things to another dimension.”

“If I look at the line-up for the 2016-2017 Vendée Globe, there were three categories: the boats in with a chance of winning (foilers), IMOCAs for the adventurers, who weren’t aiming for a great result and projects with well prepared boats and skilled skippers. Yann Eliès and Jean Le Cam (respectively 5th and 6th) had a fantastic Vendée Globe. Paul Meilhat and Thomas Ruyant too, even if they had to retire. for 2020, I’m obviously dreaming of a winning project with foils. But for now I’m looking at the middle ground with a boat from a previous generation, which would be nice for me. There are some great things to do to get a decent ranking.”

“IMOCA projects are fascinating, whether you are at sea or ashore” 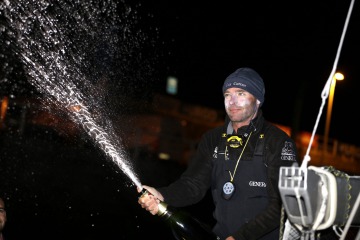 © Alexis CourcouxIt’s not that easy to get an IMOCA as many have been sold already. Do you have your eyes on a particular boat?

“No, that’s not where I’m at for the moment. I’m taking it one step at a time. Once I have some partners, we’ll find the boat that matches our budget and ambitions. There have been lots of deals done, but some aren’t definitive and the boats could return to the market.”

In 2015, you did a lot of double-handed sailing with Morgan Lagravière on Safran. What did you gain from that experience?

“It was a fantastic experience with Morgan, who’s a friend of mine. Even if our 2015 Transat Jacques Vabre ended with us retiring, I learnt a lot from that fantastic boat. Safran was the first foiling IMOCA in the water. The fine-tuning was very interesting with lots of developments and questions… I made a lot of progress in terms of racing and technically, but also about how to run a team ashore. IMOCA projects are fascinating ashore and at sea. That experience with Safran strengthened my desire to set up my own IMOCA project.”

SMA removing the foil for the double-handed transatlantic race