The hull: “With the basic concept of foils checked out during the last Vendée Globe, the big question was to know whether to look for more power with the foils or to keep it in the hull,” explained Jérémie Beyou. Pierre-François Dargnies, Team Charal’s Technical Director, who is heavily involved in this initial phase, added, “Now that we hae seen in practice that the foils work on a round the world voyage, there is a lot to gain by building the boat around these appendages, and so we can take a few more risks with the shape of the hull?” The VPLP design team with Daniele Capua’s drawings, came up with nine types of hull, all digitally tested, and then a choice was made. The outcome? “The last Vendée Globe enabled us to learn some important lessons to make changes to the hull and achieve gains in performance. We will have a hull that is more suited to working with the foils,” Jérémie Beyou told us. 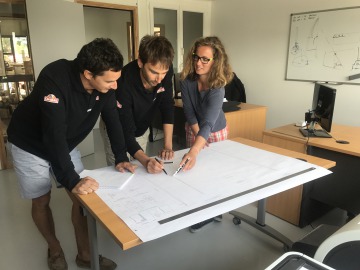 The deck: This was another element that had to be decided upon before work could begin on the build. In terms of the layout, there was the question of the position of the foils, the foot of the mast, stays, shrouds and chainplates, and this largely depends on the sail plan, so there were a lot of discussions with North Sails. “We asked them to carry out a study to try various sail configurations and this allowed us to determine how to position things,” explained Jérémie Beyou. “We’re looking at a standard mast, but we have a certain amount of freedom about where to position it lengthwise and about the stays.” Philippe Legros, who is in charge of performance, is taking care of this matter in the team. 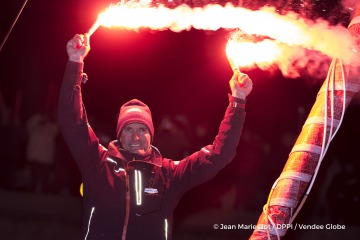 The cockpit: Jérémie Beyou’s experience in the last Vendée Globe was crucial in designing the cockpit. “We made a  full scale model of the cockpit in the shed to see how she matched my needs and size, where to position the helm, watch station and lines, but also to get a good angle to see the sails through the portholes and the best way to stack the sails. We came up with hundreds of versions, which certainly kept the carpenters busy. The aim was to make it easy to use and light, as we are focusing on saving weight, because the boat is a foiler and we don’t want to take too many risks with the structure.” 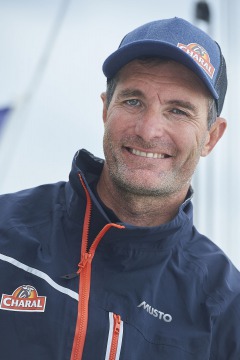 © Yvan Zedda / Charal“It’s important for me and for Charal to have the boat ready for the next Route du Rhum, as we are certain that getting in as much sailing as we can is important and there will be plenty to learn from the Route du Rhum,” explained Jérémie Beyou. “The construction of the hull mould started on 19th July at SRG in Spain, and on the deck on 14th August at Green Marine in Southampton. The keel has been ordered from AMPM, the mast from Lorima, and work is due to start in early September,” added Pierre-François Dargnies.

“Everything is going as planned,” said a pleased Jérémie Beyou, who is dividing up his time between the office and preparing for the Volvo Ocean Race with Dongfeng Race Team. “We are feeling relaxed: we are on schedule and the quality of work and the atmosphere are great. I can see the whole team is really enthusiastic about this project, which brings together so many different skills and requires so much hard work. I can feel the impatience as we all want to see the boat take shape. I’m certain that we will al be very proud of the final result.” 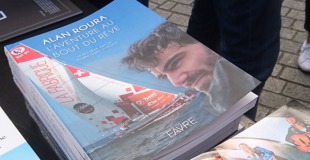 Alan Roura is publishing his log: the adventure at the end of the dream 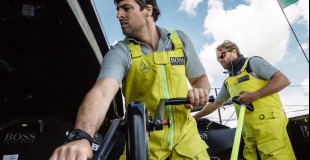 A new Irish project for the 2020 Vendée Globe 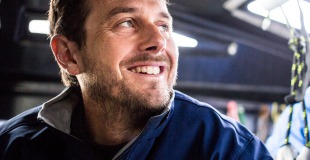