Everyone is already getting excited about the 2020 Vendée Globe, but it is hard to find really good second-hand IMOCA boats at the moment. It is also very expensive to build a brand new hi-tech prototype. That is why the VPLP design team, the CDK yard and Antoine Mermod have got together to come up with an alternative -  a boat built using the mould of Banque Populaire VIII, the winner of the 2016-2017 Vendée Globe. The aim is to supply three boats for the next Vendée Globe. Quentin Lucet, a designer with VPLP and Antoine Mermod, an expert who knows all there is to know about the IMOCA class, as after all he is the current president, tell us more about this new project.

Quentin Lucet: “We are aiming at a price of 3.7 million euros, without the sails” 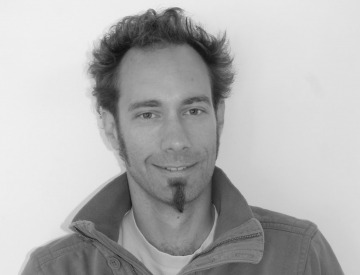 “It’s a simple enough concept, as we are talking about building a boat using the mould of Banque Populaire VIII – the VPLP/Verdier design, which won the last Vendée Globe - an IMOCA fitted with new foils and third generation rudders. We are aiming at a price of 3.7 million euros, without the sails, or around 1 million euros less than a prototype. The goal is to offer a simple boat, but one which performs as well as Banque Populaire. We shall be making savings by using the mould, which already exists and adopting the method used for the MOD 70s, which involved sifting through all the tried and tested technical solutions. Then, by building at least two boats with structures that have been worked on and stripped down and by sharing the costs of the design and electronic and hydraulic gear and deck hardware. The project won’t get underway therefore until we have at least two orders and we’d like to see three boats delivered for the next Vendée Globe. We are aiming this at the teams, which were unable to buy one of the six foilers from the 2016 edition and newcomers, who are not used to such a huge project. Designing and building a new prototype is a complicated process, which requires big and high skilled teams. There are therefore teams that have a fairly big budget, but can’t afford to build a proto. We believe that several racers from outside of France may be interested. We’re not looking at making a one-design boat, but rather sisterships. Owners will be able to do what thy want once the boat is handed over to modify them as they see fit.” 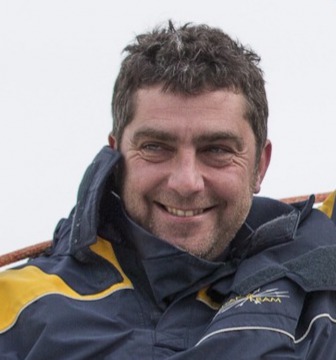 © Jean-Marie Liot / Vendée Globe“We started out from the observation that most of the second hand IMOCA boats available date back to the 2008-2009 Vendée Globe generation. They are decent boats, but they are starting to get old. Very few newer racers are still available for purchase. At the same time, building a brand new hi-tech boat to win the Vendée Globe is very costly. That is why with VPLP and the CDK yard, we came up with this intermediate solution. We’re convinced that building a boat that is not quite as ambitious, but where reliability is the watchword and prices are kept down, racers may well find this very attractive."

So which skippers are you looking at?

Sailors like Jérémie Beyou and Yann Eliès aren’t our target here, as they have experience, are skilled and have the teams in place to build brand new top class prototypes. But our solution may interest sailors hoping to take part in the 2020 Vendée Globe, who aim to perform well with slightly less complicated systems and for a more affordable price. We don’t yet have any firm orders, but a lot of interest has been expressed. A lot will happen in the coming months and I hope that our project will enable the launch of two or three boats. Today, building a brand new IMOCA generally costs between 4.2 and 4.7 million euros, without the sails. By coming up with a price tag of 3.7 million euros, we are offering a saving of around 20%.”

Alan Roura is publishing his log: the adventure at the end of the dream

A new Irish project for the 2020 Vendée Globe