During this lockdown period, we would like to offer you the chance to get away from it all. The Vendée Globe sailors sometimes pass land that has been relatively untouched by modern civilisation. Communities living far away from the hustle and bustle of modern life, unspoilt wildernesses accessible to just a few selected scientists and hand-picked technicians. They also get to see a natural world that is still protected and sometimes not very well known. Time to take a look at some of those places.

South Atlantic, tropical paradises in the Forties
Logically, the route taken by the Vendée Globe skippers directs them towards the coast of Brazil. It is in fact generally less painful to cross the Doldrums at around 30°W. On top of that, getting around the St. Helena High with its large areas with no wind often requires a long detour down the coast of South America, before they can head eastwards at around 35°S. 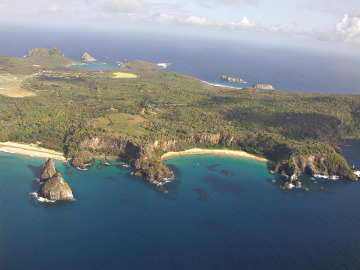 © common.wikimedia.prgA UNESCO world heritage site, the islands have fewer than 3000 inhabitants, who almost all work to conserve the natural sites and the luxury tourist business. Charles Darwin stopped there in 1832. Today, access to the islands is very limited. It was here that Bertrand de Broc found an anchorage in November 2016 in order to inspect his keel before deciding to retire from the race after seeing what condition it was in. 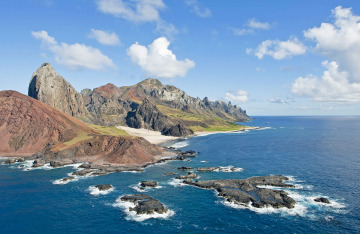 © Simone Marinho — Travail personnel - WikimediaAt the end of the nineteenth Century, the islands were for a short time a monarchy, when the Franco-American James Harden-Hickey took possession of the islands in order to set up a dictatorship based on what Napoleon III had achieved. Driven out by British troops, he was removed from power in 1895. After a series of diplomatic talks, the islands were handed over to Brazil. Today, there is just a garrison of around thirty soldiers on the island of Trindade. 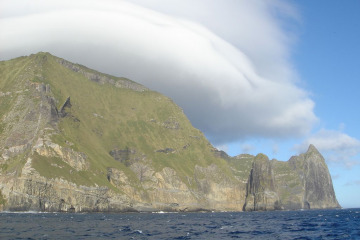 © Unesco 2006More or less halfway between the coast of Argentina and South Africa, Gough Island is part of the British archipelago of Tristan da Cunha. It is part of the British St. Helena territories. Due to the huge number of elephant seals and sea lions with their fur, you might have expected to see lots of hunters set up here in the nineteenth Century. But the tough weather conditions and the absence of a sheltered anchorage meant that the various attempts to colonise the island failed and the whole island became a nature reserve. Today, there is simply a weather station on the east coast, which is home to around ten scientists. Sailing on a route at 40°S, Vendée Globe sailors sometimes pass close to the island and are able to chat to the residents. All of those who have done that have experienced a very special moment.

Indian Ocean, A Lonely Kingdom
The islands of the Indian Ocean are windswept territories where living conditions are difficult. They are a paradise for seabird colonies, sea elephants, orcas and dolphins ... 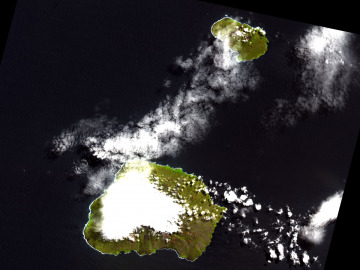 © NASA-Earth ObservatoryThese islands were charted first in 1772 by Commander Marc Joseph Marion Dufresne. But after an initial expedition led by British captain George Nares was able to land there, they were claimed by the British crown. In 1947 the sovereignty of the islands was transferred to South Africa. There is a small scientific community (a weather station and biological study center) based here permanently. In the last editions of the Vendée Globe, the ice hazard limit kept the fleet north of here so they did  pass close the same as for the Crozet archipelago, a little further east. 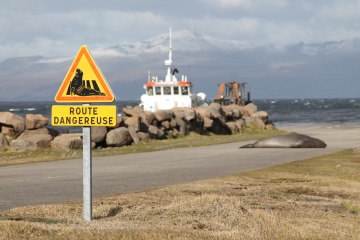 © DRIt was in 1772 that the navigator Yves Joseph de Kerguelen discovered this well known archipelago. When he returned to France, he thought (or hoped) he had discovered a new southern continent which might offer France potential new colonies. But he was disillusioned: the island group has a net surface area equivalent to that of Corsica and so is not quite the expansive continent first imagined. However, several attempts to establish mammal oil factories failed as the conditions were definitely too hostile. Today, the Kerguelen Archipelago is home to the largest of the French Southern and Antarctic Territories bases in Port-aux-Français in the eastern part of the archipelago. Between 50 (winter) and 120 people (summer) occupy the permanent station for scientific or maintenance missions from a few months to a year.

It was in Port-aux-Français that two sailors from the Vendée Globe took shelter in 2008. The Swiss Dominique Wavre was able to fix his keel head and then set out on his own to Australia. His compatriot Bernard Stamm was much less fortunate: his anchor did not hold and his monohull beached in front of the scientific base. Irreparably damaged, the boat had been taken aboard the Marion Dufresne, the supply ship for the southern islands and brought back on deck to Reunion. 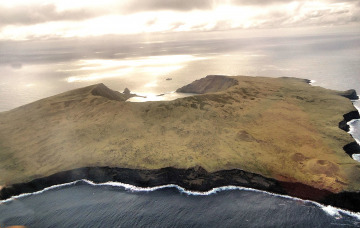 © Francis Letourmy - travail personnelDue to their position relatively far north, the Vendée Globe sailors sometimes sail close to these two volcanic islands which are around fifty miles apart. Saint-Paul stands out with its volcanic shape, which is almost a perfect cone, except for one side, which collapsed letting water enter its crater. The whole island is a nature reserve with a small settlement of lobster fishermen settling there early in the twentieth Century. They were forgotten by the owner of the boats who went bankrupt and several of them died there from scurvy. At the time, the story of the abandoned fishermen of Saint-Paul was talked about a lot.

Amsterdam is home to the smallest of the bases in the Southern Ocean. Its position far from any land makes it an ideal place to observe the climate. Air samples taken at Bénédicte Point are a global reference for the measurement of greenhouse gases and particles. 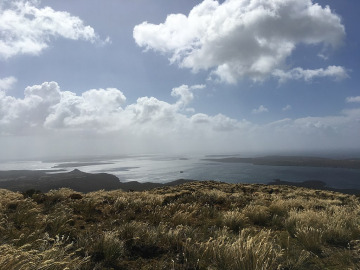 © Common Wikimedia - Rosehn - travail personnel300 miles south of the South Island of New Zealand, this lonely archipelago is uninhabited. A few scientists occasionally come here to make observations, notably of the large colony of sea lions. The last group of dry land before Cape Horn, the Auckland Islands have been used several times by Vendée Globe sailors. Marc Guillemot anchored in one of the bays of Auckland Island, the largest of the islands in the archipelago in 2008. In 2012 at Enderby Island it was Bernard Stamm's ill fated requirement to stop in order to repair his hydrogenerators.

Back to the South Atlantic
After crossing Cape Horn which we often forget is an island whose sole occupants are a Chilean military personnel and his family who are responsible for watching over the light, the competitors will have to choose: passing through the Lemaire Strait or take the big tour by the east of Staten Island. 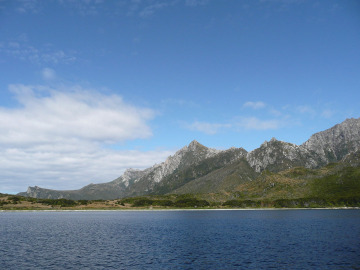 © Commons Wikimedia - Serge OuachéSeparated from Tierra del Fuego by the Lemaire Strait, it became suddenly famous thanks to Jules Verne's novel Le Phare du Bout du Monde, which tells of the establishing of the lighthouse of San Juan del Salvamento in 1898 at the eastern tip of the island. The scene of many shipwrecks, the island has always had a bad reputation. There was a plan to build a prison here at the end of the 19th century, a project which was finally abandoned by the Argentine government after a few years. In 1997, a group of navigators and adventurers decided to reconstruct an exact replica lighthouse. Despite particularly difficult conditions, the lighthouse was turned on again in January 1998. Correspondingly a replica of the lighthouse was installed in front of the port of Minimes in La Rochelle on January 1, 2000. It now serves as an artists' residence.